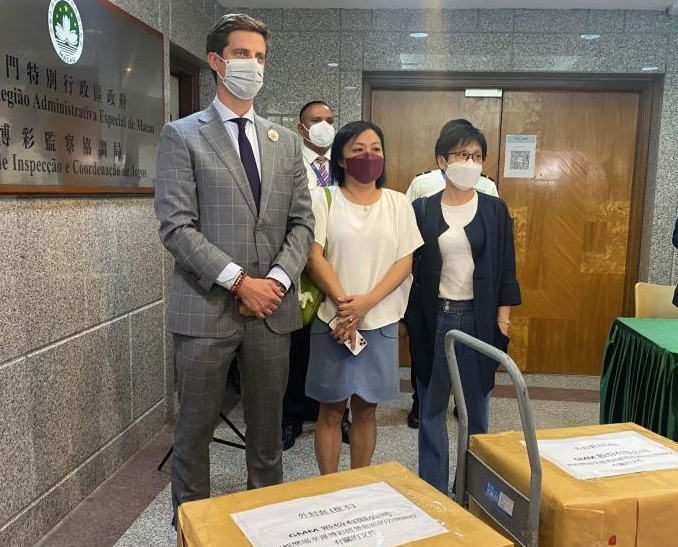 GMM Limited, a company linked to Malaysian gaming tycoon Lim Kok Thay, submitted a bid today (Wednesday) for a new gaming concession in Macau, as the deadline for the public tender concludes this evening.

According to the company’s registration document seen by MNA, GMM was incorporated in this September, and one of the administrative members of the company is Lim Kok Thay.

Mr Lim is the chairman of Genting Group, which operates casino resorts in Malaysia, Singapore and beyond.

Ms Chan, a representative of GMM, confirmed to local media outlets this afternoon after submitting the bid that the company is linked to Genting Group.

GMM is “confident” in winning a Macau license and it hopes to “bring new impact” to the city, she said, adding Mr Lim could not come to Macau due to COVID-related travel restrictions.

Including GMM, a total of seven firms have so far tendered bids for the new gaming concessions.

October 7, 2022
A trio of human rights watchdogs from Belarus, Russia and Ukraine won the Nobel Peace...