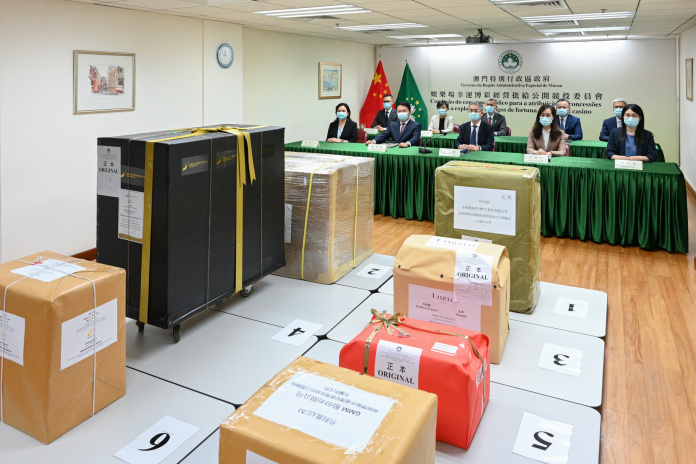 The bid submitted by GMM Limited for a gaming concession has been “conditionally accepted”, Macau SAR authorities revealed.

The bidding period of the public tender for as many as six 10-year gaming concessions in Macau was concluded on Wednesday, attracting a total of seven companies to tender their proposals, including the existing six operators and the surprise seventh bidder linked to Genting.

GMM Ltd, is an indirect subsidiary of Malaysia-listed Genting Malaysia, part of Genting Group, the listed firm confirmed in a filing on Thursday.

The government committee, which oversees the tender process, held a ceremony on yesterday (Friday) to open the bid proposals at 10:00am on the 21st floor of the China Plaza building and completed the opening process at 6:40pm.

In a statement issued afterwards, the committee stated that a total of seven companies have had their bidding materials accepted for processing regarding the gaming concessions public tender.

However, while the bids by the six incumbent concessionaires had been accepted, the submission by GMM Limited had only been conditionally accepted.

According to regulations governing the gaming concession, public tender bids can be accepted conditionally for bidders whose documents are submitted without non-essential formalities, or who, for reasons beyond their control duly justified and accepted as such by the tender committee, have not submitted some required documents.

Such documents could include a document issued by the Financial Services Bureau certifying that neither the competitor nor the companies belonging to the same group, a dominant partner, nor shareholders holding an amount equal to or greater than 5 per cent of its share capital or directors of the bidder are in debt to the Macau SAR for taxes or social security paid in the last five years.

It could also represent a risk assessment report to be submitted by the bidder, namely, concerning its controlling partner, shareholders holding an amount equal to or greater than 5 per cent of its share capital, or directors, to be provided by a firm recognized locally or internationally.

Such irregularities must be remedied “within the period set for this purpose by the tender committee”, otherwise, the admission will be void.