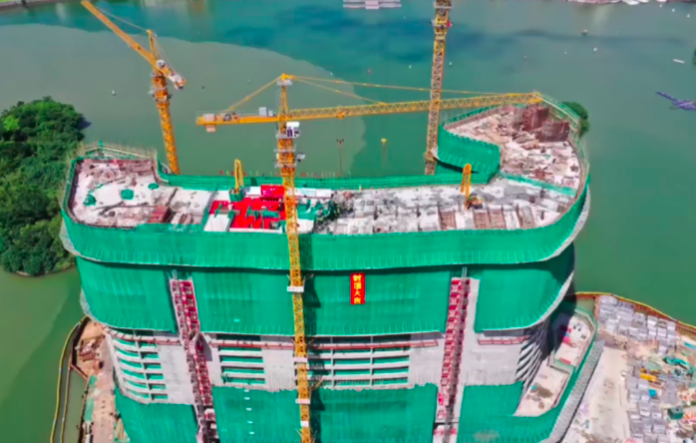 Gaming and tourism company Genting Hong Kong Limited has announced that its ferry cruise subsidiary, Star Cruises Asia Holding Ltd, has agreed to sell half its stake in its local subsidiary responsible for an integrated resort project in Nam Vam Lake for HK$750 million (US$96.7 million) to a company owned by local real estate businesswoman, Ao Mio Leong.

The purchaser was said to be an investment holding company standing in the Marshall Islands named White Supreme, with Ao – who was described as a local investor involved in real estate, leisure, and hospitality investments – as its principal shareholder.

Ao is connected to real estate development company Yoho Group, which has been involved in the development of the Macau Roosevelt Hotel at the Macau Jockey Club land plot; the Yoho Twins and the Co-Tai Marina Bay project.

According to Genting, Star Cruises entered into a sale and purchase agreement with White Supreme for the sale of 50 per cent of the total issued share capital of Genting Macau Holdings Limited, a company incorporated in the British Virgin Islands.

Genting Macau is the parent company of Treasure Island Entertainment Complex Limited, a company incorporated in Macau and the registered and beneficial owner of an 8,100 square meters land plot near Praca Ferreira Amaral land where the Resorts World Macau, Lago 1 project is being developed.

Company documents showed that Treasure Island is headed by local businessman Kwan Yan Chi – who founded the company – as its chairman of the board.

As previously reported by MNA, China Civil Engineering Construction Corporation had already completed the capping of the main structure of the new integrated resort Resorts World Macau, Lago 1 project at the Nam Van Lake on June 23.

Genting expressed in its most recent annual report that it planned to develop a hotel and casino in the site.

Previous public development plans for the property including the construction of a 21-storey building for a five-star hotel with a gross floor area of 70,284 square meters, a parking lot of 12,080 square meters and a free area with an area of 5,581 square meters.

The Land, Public Works and Transport Bureau (DSSOPT) granted Treasure Island an extension of the construction license for 36 months starting from July 19, 2017.

Genting Hong Kong stated that this transaction is aligned with its objectives to sell non-core assets and will reduce its financial burden in meeting future funding requirements in relation to Genting Macau’s business.

‘Further, the transaction will increase the liquidity of the Group, with the proceeds being used for general working capital for the Group, thereby enabling layup of the cruise ships in its fleet which are not in operation as well as the ongoing operation of those cruise ships that continue to sail, in addition to funding the Group’s cruise-related and other operations,’ Genting added.

If the projected sale goes through, Genting Macau will cease to be a subsidiary of Star Cruises.