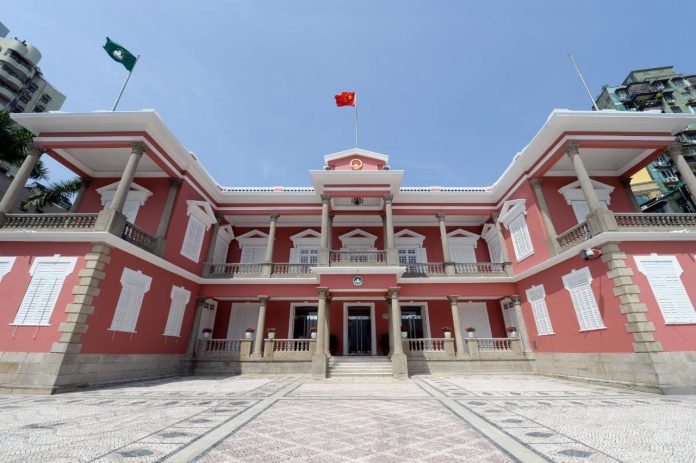 The Macau Government has expressed “strong support” for the national security law that Beijing has imposed on Hong Kong, considering that “it is extremely important for Hong Kong’s social stability”.

In a statement issued hours before the law came into force, when the content of the diploma was not yet publicly known, the MSAR Government stressed that the legislation was drafted “in accordance with the law and in accordance with the actual situation of the RAEHK, respecting the high degree of autonomy and the fundamental rights and freedoms of Hong Kong residents ”.

The Government led by Chief Executive Ho Iat Seng also says that the diploma “promotes the creation of a legal regime related to the law for the defense of state security for HKSAR and a management system and the respective enforcement mechanism, in order to make the system to safeguard state security more and more complete, thus guaranteeing the stability and longevity of the ‘One Country, Two Systems’ principle ”.

“Safeguarding national security guarantees the country’s long-term stability, as well as the prosperity and stability of the two special administrative regions, and is therefore a natural requirement, covering the duties of all Chinese people, including the compatriots of Hong Kong and Macau ”, the statement stresses.

In this context, it refers to the adoption by Macau, in 2009, of the Law for the Defense of State Security, stating that the move “obtained ideal results by combating the interference of external forces and safeguarding the full defence of the sovereignty of the Central Government over Macao”.
He further argues that “with the guarantee of a high degree of autonomy for the MSAR and its judicial independence, the fundamental rights and freedoms of residents are further protected, maintaining social stability, economic prosperity, and a peaceful lifestyle with joy at work ”.

“Without state security, there will be no security in special administrative regions”, predicts the Government, reiterating that “it will, on the basis of existing bases, improve the legislation in this area, which is so necessary for the maintenance of the current national security system in the MSAR”, as well as “continue to raise the level of residents’ awareness of national security”.

In the same note, it also states that, simultaneously, “the exchange system with the services of the Government of the RAEHK responsible for the execution of mechanisms related to the defense of State security will be improved, so that the two regions benefit from the execution of the constitutional responsibilities within the scope of that law ”.

Shortly thereafter, a statement from the vice chairman of the Chinese People’s Political Consultative Conference (CPPCC), Edmund Ho, was also published, describing the approval of the national security law for Hong Kong by the Standing Committee of the National People’s Congress as “a major event ”“ Very significant for a new level of development of the principle ‘one country, two systems’ ”.
“Persevering, defending and supporting the law” is “a fundamental strategy to help that region get out of the confused and difficult situation it is in and achieve long-term stability”, says Edmund Ho.