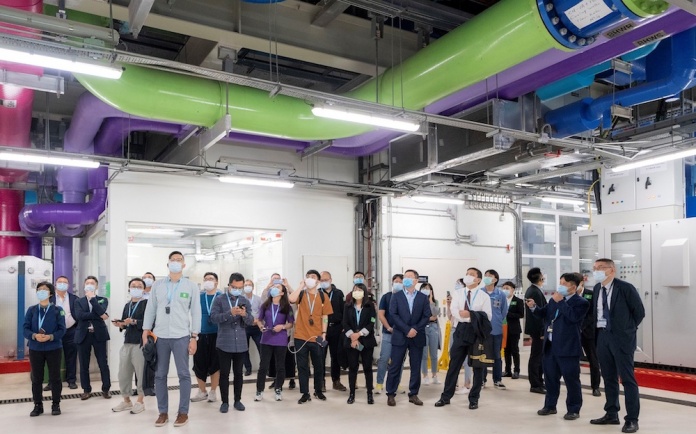 The Macau government and local businesses should move forward with the construction of low-carbon emitting and sustainable buildings and infrastructure projects, sustainability experts indicated in a seminar held by MGM China.

One of the event’s speakers, Chen Guangxian, Deputy General Manager of China Construction Engineering (Macau) Company Limited, stated that it has now become a global trend to pursue quality green buildings, with China ‘certainly no exception’.

However, a surge of green consciousness, coupled with the refinement of law and regulations has underpinned Macau’s goal of developing itself into a smart, green and resilient city in its urban planning, with Chen advising that the local government and different sectors will ‘definitely’ attach more importance to green buildings in the future.

“As a World Center of Tourism and Leisure, the Macau government steers the industry to develop Macau into a low-carbon city which is suitable for living, working and travelling,’ the President of China Green Building and Energy Saving (Macau) Association, Albert Chuck, stated in an announcement concerning the seminar.

President Xi Jinping has pledged that China – one of the world’s largest carbon emitters – will aim to hit peak emissions before 2030 and for carbon neutrality by 2060.

The property has also acquired both the ISO 50001:2018 certification for effective energy management systems (EnMS) and ISO14001:2015 Environmental Management System Certification and a merit at the Asia Pacific Innovation Award Green Building Award from the International Facility Management Association.

“In the future, we will continue to work towards the nation’s targets of green building development and reducing carbon emissions as set out in the 14th Five-Year Plan. […] We also look forward to collaborating with industry and community peers to groom emerging professionals in green buildings,” Pansy Ho expressed.

May 16, 2021
Former Italian premier Silvio Berlusconi was released from hospital Saturday after being admitted earlier in...

May 16, 2021
Two Belarusian journalists including a freelance reporter for German broadcaster Deutsche Welle, were jailed for...

May 16, 2021
Israel and the Palestinians have been mired since early May in one of their biggest...