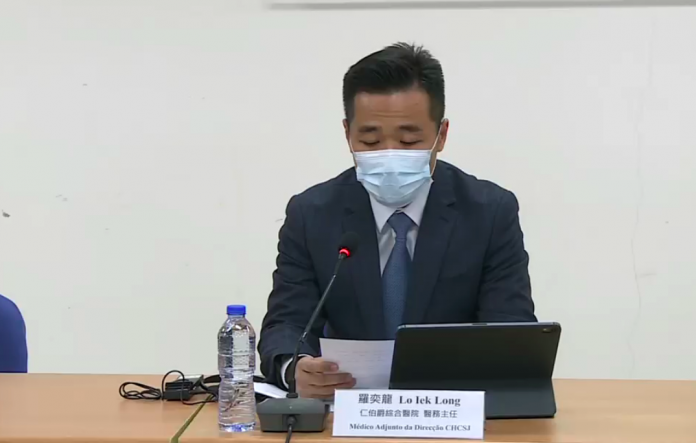 Shortly before, the Labour Affairs Bureau (DSAL) had urged mainland non-resident workers employed in Macau to avoid returning to their hometowns for the lunar year holiday period, scheduled this year for February 11 to 17.

“Due to the pandemic progression in the mainland and worldwide, we want to ask residents and non-residents to remain in the city during the holiday period so as to avoid new cases in the city,” Conde S. Januario Hospital Dr. Alvis Lo Iek Long said in today’s pandemic update press conference.

Macau has not reported any new Covid-19 cases for 200 consecutive days, while Mainland China health authorities revealed today that the country reported its biggest daily increase in cases in more than five months on January 10, some 85 new local infections, almost all in Hebei.

Last week the deputy director of Guangdong’s Health Commission, Huang Fei, has also made a call for the province’s more than 100 million residents to remain in the province for the holiday period.

The measures could lead to another luke-warm Chinese New Year period in terms of tourism visitation, with almost 60 per cent of local visitation last year hailing from the nearby province.

Visitor entries and exits reported daily in the city are currently between 34,000 and 39,000.

Inbound mainland visitors are exempt from quarantine in Macau as long as they have not been in areas defined as mid to high risk in the country, having to present a negative nucleic acid test taken in the previous seven days.

Currently, several locations in Hebei, Beijing, Liaoning province and Heilongjiang province have been defined as mid and high-risk locations.

January 25, 2021
Oman announced Sunday it will bar expatriates from certain jobs in an effort to create...