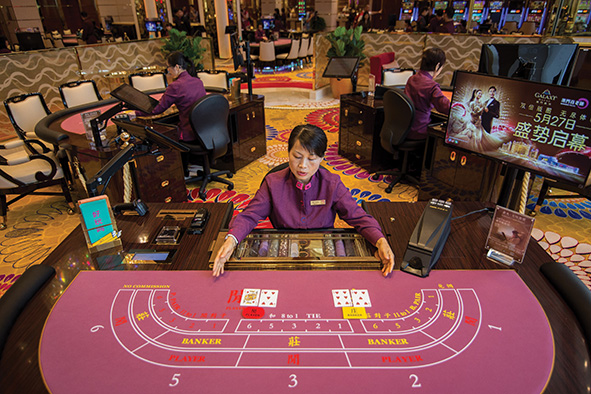 The Macau SAR has collected a total of MOP22.2 billion (US$2.7 billion) in gaming tax revenue in the first seven months of this year, only 44 per cent of the estimated MOP50 billion figure for this period.

The local government collected about MOP3 billion in gaming taxes in August, a month marked by the discovery of four Covid-19 cases in the city which led to several border restrictions and the SAR’s first mass citywide testing.

Secretary for Economy and Finance Lei Wai Nong indicated last month that despite the poor gaming results reported in the first half of this year, the SAR would still be able to finish 2021 with the previously projected tally of MOP50 billion in gaming taxes.

Local authorities have also estimated 2021 could end with some MOP130 million in gross gaming revenues, however as of August that tally stands at MOP61.9 billion despite a considerable improvement in monthly results from last year, the first impacted by the Covid-19 pandemic.

A total of MOP49.2 billion in expenses was also reported between January and July, the lion share resulting from transfer, funding and subsidies related to pandemic impact support for the local economy, and slightly lower than the MOP50.5 billion in expenses registered by the same time of last year.

September 27, 2021
Airbus Summit unveils the 'flying taxi', also known as a giant drone, which can carry...

September 27, 2021
New Zealanders are continuing to step up, come forward and get vaccinated, with 5 million...
Load more