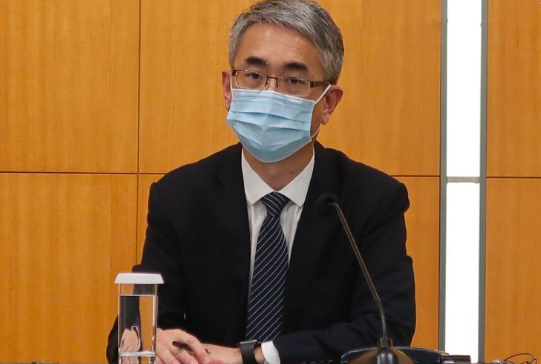 Macau residents are entitled to a new round of financial subsidy of MOP8,000 (US$1,000) each in electronic consumption vouchers as part of the second MOP10-billion COVID-19 relief package the authorities pledged in July, the Executive Council announced on Friday (today).

The Executive Council completed deliberations on Friday about the administrative regulation of this financial subsidy scheme, or what the government calls the “living allowance plan to alleviate the negative impact of the pandemic on residents”, which is expected to cost MOP5.92 billion in government expenditure.

“After listening to and collecting opinions from the community continuously and conducting a comprehensive analysis, the SAR government has decided to launch the living allowance scheme for all Macau residents to alleviate residents’ financial and livelihood pressures brought by the pandemic,” said Secretary for Administration and Justice André Cheong Weng Chon in a press conference on Friday, who is also the spokesperson of the Executive Council.

This living allowance programme, together with the existing e-consumption scheme, is expected to inject MOP10-12 billion to the local economy, the administration said.

Each permanent and non-permanent resident has already received MOP8,000 in e-vouchers under the e-consumption scheme from the government earlier this year, in which they can spend a start-up fund of MOP5,000 and a discount grant of MOP3,000 between 1 June 2022 and 28 February 2023.

Concerning those using mobile payment for the current e-consumption scheme, the new vouchers of MOP8,000 will be automatically transferred to their mobile wallet after they have consumed all the existing MOP8,000 vouchers or at the lapse of the current scheme on 28 February 2023, the Executive Council said on Friday. For those using electronic stored-value cards, they have to top up their cards at over 170 locations across the city.

Tai Kin Ip, director of the Economic and Technological Development Bureau, said in the press conference on Friday this “seamless transitional” arrangement between the two schemes provides convenience for the public.

Compared with the e-consumption scheme with vouchers comprising MOP5,000 in start-up fund and MOP3,000 in discount grant, the official also noted there will be no more discount grant for the new living allowance plan.

In the wake of the city’s worst COVID-19 community outbreak in June and July, the government has pledged a total of two MOP10-billion relief packages for local businesses and the general public. The first package, including one-off subsidies for local merchants, enterprises and employees, has been gradually available since mid-August.

Asked on Friday about the government’s plan for the remaining MOP4 billion in the second relief package, Mr Tai noted it would be reserved for new financial support measures and other pandemic-related expenses if necessary.

A few surveys compiled by local associations in the past few months indicated that the public demand the new support measures to be distributed in the format of cash handout or cash handout with consumption vouchers.

In response to the surveys, Mr Tai only remarked that the government thinks e-voucher is an appropriate tool to distribute the living allowance.

The government has decided to grant another MOP8,000 to residents in consideration of the financial pressures of residents, its financial fundamentals and the development of the COVID-19 situation, he added.