Macau SAR authorities have proposed to research the construction of a sea-cross cable car to connect the New Area Zone A with the Macau Science Center, the 2021-2030 General Planning for Traffic and Land Transport of Macau plan reveals.

The plan was launched for public consultation yesterday with the Transport Bureau holding a session today to present and explain some of the plan’s proposals.

The director of the Transport Bureau (DSAT), Lam Hin San, indicated that the concept of the construction of the cable car is still in its preliminary planning stage, TDM Radio reported.

Unlike the Guia Hill cable car, the new transport will be a large-scale cable car, able to carry 50 people at once and carry 6,000 people per hour.

Lam pointed out that the transport volume of many bus routes in Macau carries 6,000 people per day, with the planned population of New City Zone area A set for some 100,000 people.

“There will be a Light Rapid Transit Line East Line to ease traffic in the North/South axis, and for the East/West axis we also need measures in various aspects to improve the residents’ travel,” Lam noted.

The DSAT Director considered that future residents in the New Area will be able to go to the NAPE via the cable car and make it then more convenient for them to reach Barra.

Representatives of the tourism industry included in the Transport Advisory Committee were said to support the project and hoped that the cable car could be constructed, as a new popular attraction in Macau, suitable for tour groups.

June 29, 2022
Britain is failing to make progress towards its ambitious targets to mitigate the effects of...

June 29, 2022
An Egyptian court on Tuesday sentenced a man to death for the murder of a...

June 29, 2022
The United Nations said Tuesday it had launched an emergency appeal to help hundreds of... 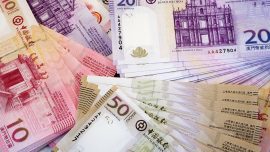 June 26, 2022
All banks in Macau will remained closed for another week until July 1, in view...
Load more