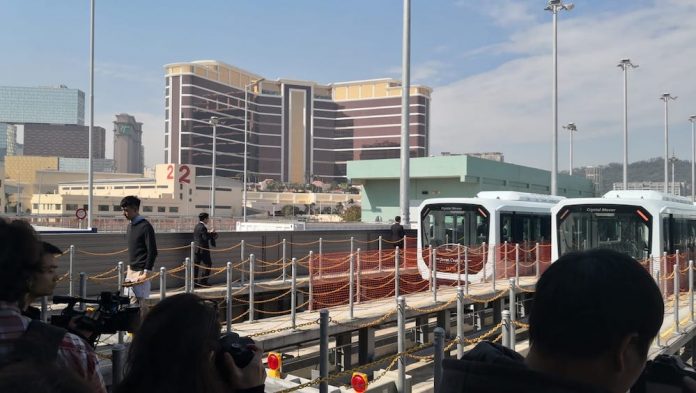 The Macau SAR government has proposed a new legal framework that would establish a centralised oversight of publicly funded companies, similar to that of mainland China, but with less direct control of companies’ operations.

The Public Assets Supervision and Planning Office (GPSAP) today (Tuesday) announced that public consultation on the proposed regime will be carried out between October 20 and December 18, with its main officials revealing some of the main details of the proposal.

As of the end of 2020, there were a total of 23 companies in which the Macau SAR or other public legal entities directly hold financial assets – such as Macau International Airport Co. Ltd or public broadcaster TDM – with the total value of assets on these companies reaching almost MOP53 billion (US$6.6 billion).

‘The economic activities that publicly owned companies engage have expanded in recent years. Before the establishment of the Macau SAR, their economic activities were concentrated in infrastructure, public utility and commercial services, and have gradually expanded to other economic activities, such as the application of technologies, railway transport, urban renewal, investment abroad, etc,’ the GPSAP indicated.

Considering this expanded role in the local society, the department believed that establishing a legal regime that effectively manages publicly owned companies could make better use of the public purse.

Currently, the establishment and the functioning of public-asset companies are regulated by the local Commercial Code, but since this code is also applicable to all types of companies, authorities considered that it does not fully correspond to the needs of the operation of public asset companies.

To elaborate the proposed regime, local authorities studied the legal frameworks that exist in other countries and regions – including Mainland China, Portugal, France, from the United States, United Kingdom, Germany, Singapore and Japan – with three main systems existing in broad terms centralised supervision, a dispersed supervision mode, and a mixed supervision mode.

In the end, authorities opted to use mainly as reference the centralised mode used in Mainland China, where state asset supervision is established and with companies are managed by administration commissions created by the central government and local governments.

“We assessed the examples of other countries and a centralised model is more suitable to Macau,” the GPSAP Director, Sonia Chan Hoi Fan, said today (Tuesday).

Currently, publicly owned companies are distributed, according to the nature of their activities, to be under the supervision of the tutelary entities of different areas, with authorities looking to centralise and uniformise decision-making procedures in these public asset companies.

“We propose the establishment of entities exclusively responsible for enforcing the public asset companies legal framework […] that supervision will focus on the assets of these companies avoiding an excessive intervention in the company’s management,” Sonia Chan added.

According to Chan, that entity would likely be the GPSAP or another entity that would replace the office established in 2020 on its current roles.

Among many aspects, such supervision would include internal supervision measures such as having access to documents and information related to the operation of capital companies public or develop binding rules and instructions for their operations, and also external supervision such as audits of corporate financial statements and provisions on the public disclosure of their financial information.

The new legal framework will also clarify the powers and role of the administration council and fiscal council companies of public capital, and what people can be appointed as members to these managing bodies.

The power to appointee its members by the Macau government will also depend on the percentage it holds in each respective company.

So if local authorities hold more than half of the company’s shares, then the Chief Executive will be allowed to appoint more than half but no more than two-thirds of the members of the board of directors and fiscal council.

Public asset companies will also have to be subject to a periodic assessment of the status of their operations, and the result of the assessment will have an impact on the remuneration and renewal of the term of office of the members of the organs.

Despite the proposed increased oversight and centralised regime, Sonia Chan underlined that the role of authorities is not to turn these companies into “semi-public companies” but to improve their oversight and clarify their roles while preserving their autonomy.

“The most important is to oversee their capital. As public asset companies, they need to reach certain goals. They follow free market rules and have free rein. However, as a SAR we insist that public companies need to oversee if the money was used for the proposed goals,” she added.

“There needs to be economic and social efficiency since they have to achieve certain social objectives and not just profit.”

Inquired if a similar new legal framework for autonomous funds was being pondered, Chan only indicated that any future oversight system would employ a horizontal model to assess the efficiency of the subsidies provided by such funds but not a vertical management model of direct oversight on their operations.

“For example, currently the Macao Foundation is under CE and other funds are under their respective Secretary. This will be perfected in the future,” she added.