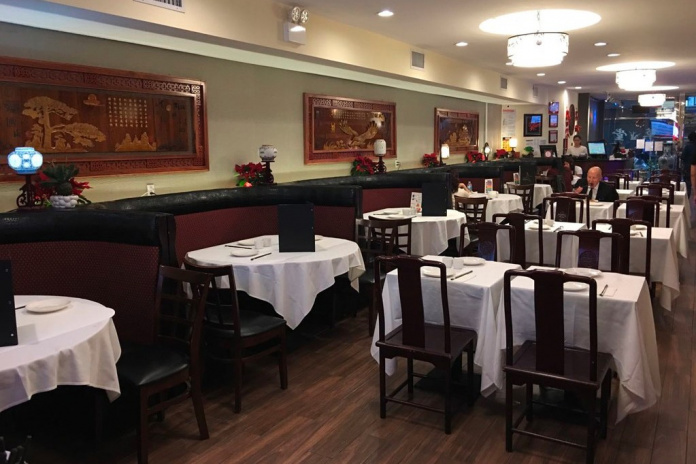 The Macau SAR government should provide clearer indications to the food & beverage industry on whether dine-in services can be maintained, and improve the pandemic control measure information provided in foreign languages, some local association presidents indicated on a TDM Radio Forum today (Wednesday).

The Macau SAR government has called on all food & beverage businesses to temporarily stop dine-in service due to rising pandemic risks, with staff sent by the Municipal Affairs Bureau to inspect restaurants and dining establishments in various districts of Macau to remind only takeaway services can be provided.

the President of Macau Catering Industry Association, Lei Iam Leong, said in the TDM Radio Forum that most restaurants in the city have responded to the government’s call and suspended dine-in services, while a small number of restaurants are still continuing to maintain dine-in service with expanding seat distance since the government requirement is not mandatory.

If the pandemic situation changes in the future, the catering industry hopes the government can give clear guidelines on whether they can retain dine-in services, the president stressed.

Lei also revealed that traditional Chinese dim sum teahouses and Cantonese restaurants suffered the most in the pandemic outbreak this time, as they mainly focus on dine-in and reservation services.

The president of the United Association of Food and Beverage Merchants of Macau, Chan Chak Mo, also noted to news agency Lusa recently that the latest outbreak and the authorities’ response program “will have an immediate impact” on the business.

“But it depends on how the government manages to control the transmission of the virus. If all goes well, I predict that within the week everything will return to normal”, Chan said, stressing that he hopes that the authorities will create, “later, if possible, an economic aid plan”.

The Government has announced seven measures to support companies and Macau residents, totalling MOP10 billion (US$1.24 billion), supported by the financial reserve, ranging from tax benefits to a one-year moratorium on repayment of subsidized loans.

Meanwhile, replying to the audience’s concerns about seeing some people, “especially foreigners”, walking on the street without wearing masks, the director of social service of the General Union of Neighbourhood Associations of Macau, Lam Man Chi, indicated that the government should have more promotion of pandemic control measure information in foreign languages so that foreign nationals can better understand these measures and the responsibilities they need to take.

Also, the government should consider launching diversified support plans for people with different needs, and provide more promotion for the government’s hotline established for those who need help, as many people are still unaware of the hotline, Lam emphasized.

In addition, vice-president of the Chinese Educators Association of Macau, Wong Kwok Ying, expressed that the Education and Youth Development Bureau (DSEDJ) can allow the schools to have more flexibility in grading assessment,

If suspension of on-site classes continues, the schools can consider canceling the final exam and taking the general grades and performances as the final assessment standard, Wong added.