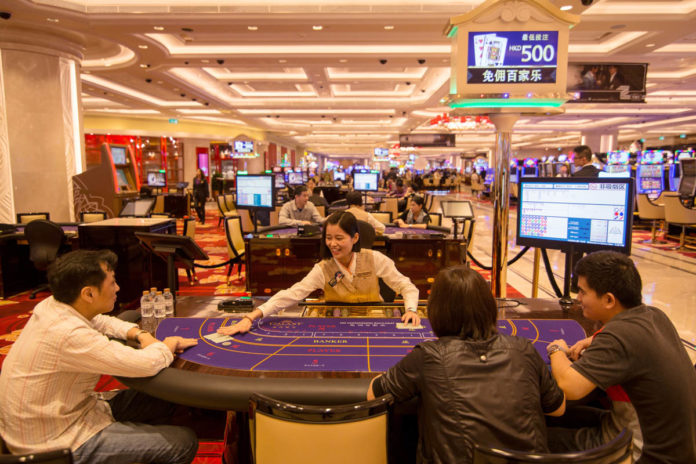 The SAR government should consider ordering a temporary closure of casinos, while gaming concessionaires should use their own tourist nucleic acid testing stations to provide testing services for the casino workers, President of the New Macau Gaming Staff Rights Association, Cloee Chao, told Macau News Agency.

The Gaming Inspection and Co-ordination Bureau (DICJ) announced today that starting from 7:00am July 1, everyone entering gaming areas, including customers, staff and public sector personnel must hold a negative nucleic acid test certificate taken in the previous 48 hours.

Previous guidelines issued to operators by the DICJ had mandated that starting from today (Tuesday) every casino employee entering a casino would have present a nucleic acid test (NAT) test taken in the previous 48 hours, with the new guidelines expanding the restrictions.

Inquired on this matter the gaming staff association president told MNA that the 48-hour test requirements have significantly impacted the casino workers since even a small distraction or mistake could bar them from returning to work.

“Because casino staff work in shifts, we need to calculate the time of when to conduct the test,” Chao stressed, “and we have to do the rapid antigen test and upload the results to the health bureau platform before taking the NAT test, so if there are any small negligence or a little delay in any step, we will not be able to go to work.”

The labour association president expressed that the new rules have made the casino workers feel that they need to “surmount numerous difficulties” for simply going to work, and some staff reported to the association that they lined up for two or three hours today to get tested.

Also, Chao stated that casino floors are now mostly “almost empty and without any guests”, so the SAR government can consider ordering the temporary shutdown of casinos “if they are really that worried” about the pandemic spreading risks.

Despite the most serious community outbreak witnessed in the city so far, casinos have remained open, while other leisure and entertainment businesses have been closed to reduce pandemic risks.

During a 2020 outbreak, casinos were shut down for 15 days the longest-ever shutdown of gambling activities in Macau since it returned to Chinese administration in 1999.

It was only the second such suspension, after Typhoon Mangkhut forced a 33-hour shutdown in 2018.

The association president noted that due to the serious pandemic situation this time, many guests dare not to come to the casinos even if the gaming companies have launched many promotional activities including free accommodation and meals.

“It’s too awful to torture tens of thousands of employees like this, is it necessary to make us suffer from the frequent tests just for a few guests?” Chao stressed.

Meanwhile, the labour union president suggested that the gaming concessionaires can use the testing and sampling stations for the tourists previously to conduct the nucleic acid tests for the casino employees so as to save time and money.

The regulation announced by DICJ has stipulated that all the costs arising from the nucleic acid tests and rapid antigen tests taken by the casino employees must be settled by gaming operators.

“The test cost has to be paid by the gaming companies anyway,” Chao said, “it is better to use their own testing sites to do it so that employees can take the tests during breaks or after getting off work, which would save more time.”

At the same time, the association president noted that the 48-hour test regulation seems “meaningless” since only employees entering the gaming area need to present the test results but other staff working in the same hotel are exempted from getting tested.

“In the staff canteen, we all sit at the same table with our masks off when eating […] what’s the point if only casino employees need to be tested while employees in other departments don’t have to do it?”

She also revealed that some employees who used to live in Zhuhai were arranged by the gaming companies to live in hotel rooms and ballrooms now, therefore these people have in fact never gone outside of the hotel at all after they returned back to Macau.

“Because of the new 48-hour testing requirements, they have to go out to get tested, if the gaming companies can arrange testing stations inside the hotels, it can reduce the number of times of staffs going out, so as to lower the pandemic spreading risk.”

Meanwhile, according to the DICJ, gaming companies will provide employees with rapid antigen test kits and KN95 or N95 masks.

However, the association president revealed that some satellite casinos are not able to meet the requirements, because the notice “came too suddenly” and they didn’t have time to prepare as some pharmacies are already running out of supply of these products.