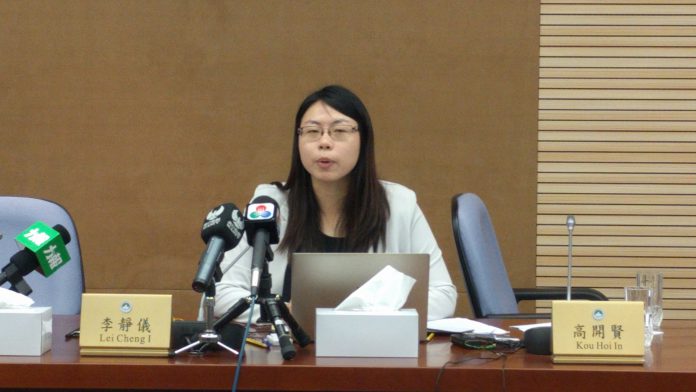 Legislator Ella Lei Cheng I has expressed that the Macau government will have to communicate and oversee each satellite casino closely during the future gaming law transition period and ensure workers’ employment to the greatest extent, Allin Media reported.

A member of the Legislative Assembly expressed in an interview that even though the Macau government has relaxed the requirements for satellite casinos in the gaming law draft bill under evaluation there are still many uncertain elements about the future employment situation of these employees.

The legislator also hoped that the Macau government can communicate and plan well with each satellite casino during the transition period and ensure the employment of employees to the greatest extent.

Still, Ella Lei warned that due to the decrease in the number of tourists affected by the pandemic, even if the satellite casinos can continue to operate under the transitional regulations in the future, there will still be many uncertainties and warned that there was still need to wait for the official passage of the law for the actual conditions to be known.

The Co-chairman and executive director of gaming operator SJM, Angela Leong On Kei, recently assured that the group would absorb any workers left unemployed by the closure of satellite casinos linked to the gaming concessionaire.

Chinese language newspaper Macao Daily News reported on March 24 that seven satellite casinos were planning to stop operations by mid-year, due to the tightening of visa applications to Macau, lack of cash flow, and the negative impact of the repeated pandemic outbreaks, with four of the casinos set to be closed were said to be linked to Chan Meng Kam’s Golden Dragon Group.