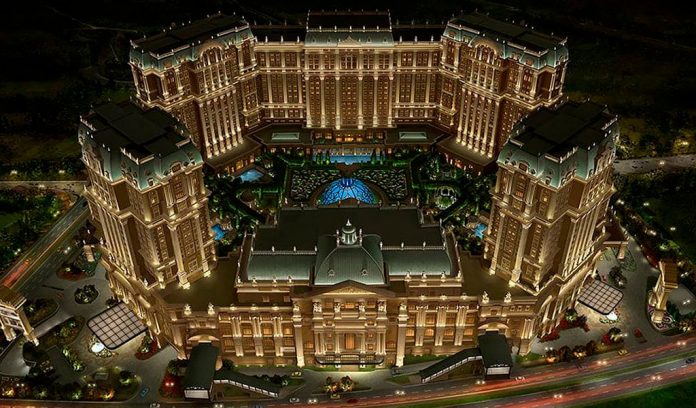 The group will carry out a phased opening of the HK$39 billion (US$5 billion) development, with one tower of the Grand Lisboa Palace hotel offering 300 rooms – about half of the hotel tower’s full 650 room capacity – to open on Friday and with the remaining rooms and amenities to gradually open by the end of the year if conditions permit.

Daisy Ho also indicated that SJM will strive to have the previously disclosed dining options also open on July 30, with the establishments on their last stages of licensing by the Macao Government Tourism Office (MGTO).

The SJM chairman also revealed that the property has received the government’s approval for 150 gaming tables, with the operator still evaluating how many will be available on the first opening day, and the VIP/mass allocation.

“We will slowly increase the number of rooms according to actual demand, that’s the plan. The second phase will depend on the pandemic and travel restrictions. we hope that by the end of this year we should be able to open up entirely,” Daisy Ho added.

“Even with the latest cases in mainland China, it has not altered arrivals by a lot so we are very confident about our grand opening”

When inquired if the gaming operator was looking to manage a casino at the nearby Lisboeta property as previously hinted by executive director, Ambrose So, Ho expressed that “nothing is impossible”.

Lisboeta Macau resort has held a partial opening on July 17 with So having indicated a future casino under SJM’s license could operate there in the future.

“We are now focused on the opening of GLP, once we have we will start looking at that possibility,” Ho indicated today.

Ho made her remarks after an event today to describe the exclusive art pieces by seven local artists that will be included in SJM’s ‘Art・Creation・New Ambience – Transformative Thinking, Enter an Era of Extraordinary Breakthroughs’ initiative.