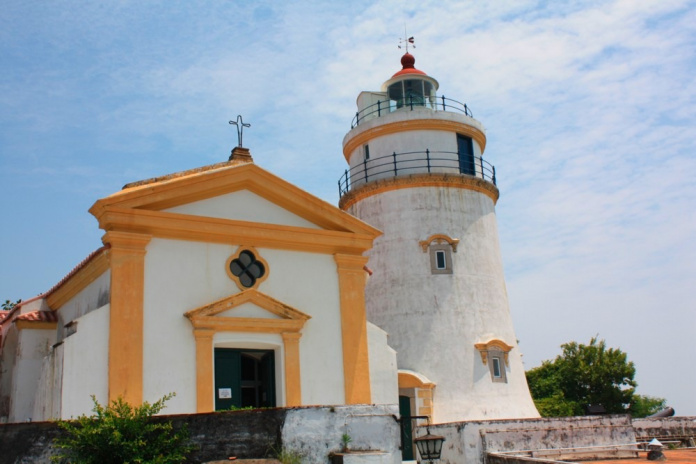 The Concern Group for the Protection of the Guia Lighthouse has again sent an appeal letter today (Thursday) to the Director-General of UNESCO, to contest government plans for the Calçada do Gaio project.

The association has kept sending appeals since 2007, to complain about the negative impact on the Guia Lighthouse caused by the construction of several high-rise buildings on the southern and south-western slopes of Guia Hill.

As previously revealed by MNA, businessmen and political heavyweights Liu Chak Wan, Chan Meng Kam, and Cheong Lok Tin are among a number of names linked to the controversial high-rise projects along Avenida do Dr. Rodrigo Rodrigues.

In April 2008, the SAR government has responded to this issue with a CE’s directive to set some height limits for the buildings to be constructed in the area surrounding the Guia Lighthouse.

However, the concern group stressed again in today’s appeal that the government still has not fulfilled its promise to reduce the height of the unfinished building at Calçada do Gaio, which ‘exceeds disastrously’ the height limit of 52.5 meters.

Meanwhile, the association emphasized the importance to attract the awareness of mainland authorities and the international community on “the irregularity in the sector of land development in Macau”.

“Instead of protecting the world heritage sites, corrupted Macau government officials are more interested in the protection of the interest of land developers. Most recently, due to inadequate protection, part of our old city wall collapsed,” the concern group highlighted in the statement.

The case that the association is referring to happened earlier this month, involving a landslide that occurred in a private construction site on Estrada de S. Francisco, damaging a 400-year-old section of the Old City Wall and the nearby Ka On Kok Building but not causing any injuries or deaths.

In the appeal letter, they also alerted UNESCO and expressed their “total disagreement” with the government’s plan of allowing the building at the Calçada do Gaio to be completed at the present 81 meters height with only minor changes to the design.

The concern group stressed that this building project was approved during the tenure of the first Secretary for Transport and Public Works, Ao Man Long, who received a sentence of 29 years in prison because of bribe-taking, money laundering and abuse of power.

“A former Head of the Land, Public Works and Transport Bureau is on the wanted list, who promised on behalf of the Macau government that the height of this unfinished building will be reduced to 52.5 meters. Another former Head of the same Bureau was arrested. Both are suspected of corruption,” the association underlined at the same time.

Last year, the Public Prosecutions Office announced that a former Land, Public Works and Transport Bureau (DSSOPT) official has been placed under pre-trial detention alongside another two individuals, following an investigation carried out by the Commission Against Corruption (CCAC).

They face charges of corruption, money laundering and forgery of documents.

The Prosecutions Office did not identify any of the suspects involved in the case, but it was later reported that the former official involved is former DSSOPT director Li Canfeng.