Gunmen have killed 22 people, including 19 vigilantes, in two separate attacks in central Nigeria, officials said Friday, in the latest violence by cattle rustlers in the region.

“The criminals killed 22 people in the attacks on Dukku and Kagara towns,” in Niger state on Wednesday, Kabiru Muhammad Maikundi, the state director of security told AFP.

In the first attack, dozens of assailants riding on motorcycles attacked Dukku in Rijau district to  kidnap locals for ransom but local vigilantes engaged them in a gunfight, Maikundi told AFP.

“There was a gun battle in which 18 vigilantes were killed by the criminals,” he said.

In a separate attack on the same day, another armed gang invaded Kagara in nearby Rafi district, breaking into a bank but failing to enter the  vault, Maikundi said.

A team of policemen engaged the assailants in a “fierce battle” in which four people were killed, he said.

State police commissioner Adamu Usman confirmed the toll during a visit to Kagara on Thursday, adding that the victims included a policeman and a vigilante.

Armed gangs of cattle thieves and kidnappers  regularly raid villages in central and northwestern Nigeria, killing and kidnapping people as well as looting and burning homes.

Security experts have warned that jihadist groups may have infiltrated the area.

Last month, Boko Haram, which has waged a bloody Islamist insurgency since 2009 in northeast Nigeria, released a propaganda video showing bandits from Niger state pledging allegiance to the group.

IPL returns to India with no crowds initially

U.S., allies have dropped 46 bombs per day on other countries since 2001: research

March 8, 2021
In southwest Paris, mayor Philippe Goujon answered the government's call for a "national mobilisation" to... 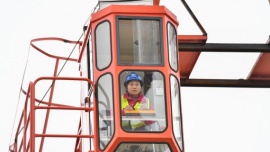 IPL returns to India with no crowds initially