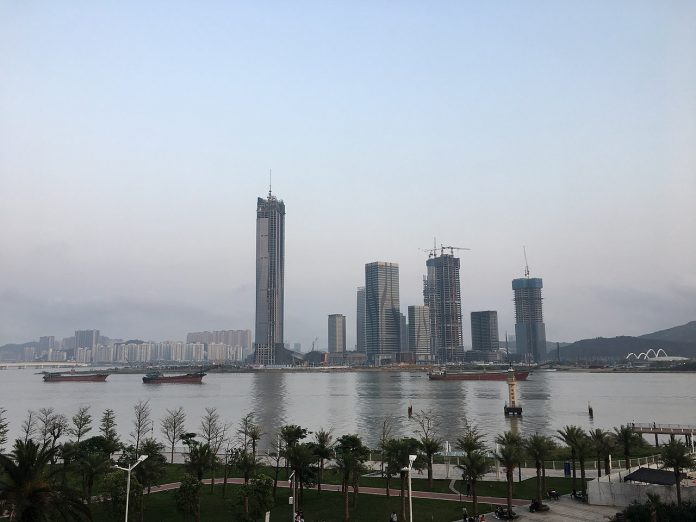 Although most of the legislative power in the future Henqgin cooperation zone will be held by Zhuhai authorities, civil and commercial regulations in the area will be in line with Macau and international standards, local authorities stated.

The in-depth cooperation zone in Hengqin will also be able to request the delegation of powers to the National People’s Assembly, its Standing Committee or the State Council to carry out, when necessary, changes to existing laws or administrative regulations, in order to implement policies and measures for ‘reform and opening-up’.

The members of the administrative committee that will manage the Guangdong-Macao In-depth Cooperation Zone in Hengqin were revealed last week, with Chief executive Ho Iat Seng and four of the SARs Secretaries included, together with several Guangdong officials.

The administrative committee will be run under a dual-director system, jointly led by the Governor of Guangdong Province and the MSAR Chief Executive and will coordinate efforts and make decisions on major plans, major policies, major projects and major personnel appointments, concerning the Cooperation Zone

According to authorities, a study will be carried out on the definition of norms for the Cooperation Zone, in order to provide an institutional guarantee for the development of the area in the long term.

However, most of the legislative power will be in the hands of Zhuhai authorities, which was said to allow ‘flexible adjustments to laws, administrative regulations and local regulations’.

‘With the exception of the new campus of the University of Macau in Hengqin and the area under Macau’s jurisdiction of the Hengqin Border Post, the Cooperation Zone is subject to Mainland China law, whose legal rules differ from those of Macau and at the international level,’ a note issued by local authorities indicates.

‘Macau residents and qualified international staff may encounter problems of not adapting to the rules when living, working or starting their own businesses in the Cooperation Zone. Therefore, the General Project states that the legal rules in civil and commercial matters in the Cooperation Zone must be articulated with Macau and be in line with international criteria, in order to create a regime that guarantees a pleasant environment for living and working in a similar way’.

For the Macau government, if international and SAR standards are followed in the cooperation zone, this will enhance its attractiveness for Macao residents and qualified international staff.

‘With the promotion of the construction of the Cooperation Zone, economic and personnel exchanges between Guangdong and Macao will become more frequent, and there may be growing conflicts on different issues, making it necessary to provide them with adequate mechanisms for resolving them,’ authorities added.

The plan for the area foresees the reinforcement of exchange and cooperation in the judicial area between Guangdong and Macau, as well as the creation and improvement of diversified mechanisms for the resolution of conflicts in commercial matters, including judgment, arbitration and mediation in international commercial matters.

The General Project also refers to the strengthening of the functions and role of the court in the New Zone of Hengqin, with a view to providing judicial services.

Secretary for Administration and Justice André Cheong had already expressed last week that crimes committed in the Hengqin In-depth Cooperation Zone will be prosecuted under mainland China law.

October 27, 2021
A US senior citizen blocked from leaving Iran underwent a successful surgery in Tehran on...

October 27, 2021
Haiti's telecoms networks have sharply cut back on service because of fuel shortages caused by...
Load more