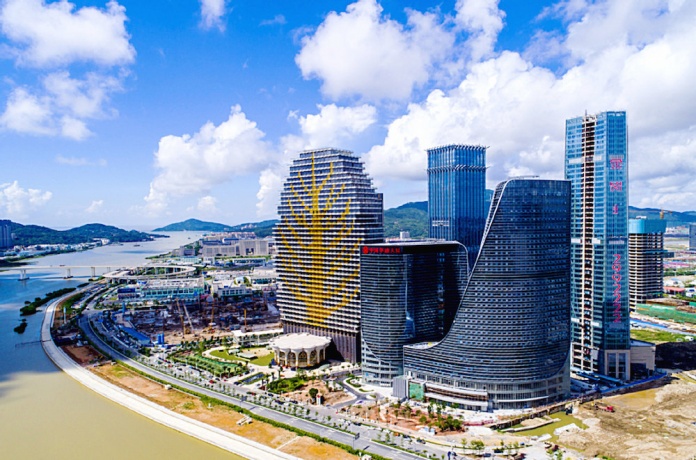 183 Macau-invested enterprises have set up in the Guangdong-Macao In-depth Cooperation Zone in Hengqin since the inauguration of its administrative organizations, a year-on-year increase of 32.55%, revealed by a forum held by the zone on January 4, 2022.

As of now, there are a total of 4,744 Macau-invested enterprises in the Zone, covering 17 major industry sectors of the national economy.

By the end of 2021, about 10,000 tech enterprises had registered in the zone, among which there are nearly 800 Macau-funded organisations, 328 national-level high-tech companies, and 18 national and provincial technology innovation platforms including tech company incubators and new type of R&D institutions.

Besides, the registered enterprises in the Traditional Chinese Medicine Science and Technology Industrial Park of Co-operation between Guangdong and Macau, have amounted to 216, 52 of which are from Macau. Also, 25 projects in the Guangdong-Macao Cooperation Industrial Park have commenced construction.

Data from the statistics bureau of the zone shows that, from January to November of 2021, the general public budget revenue of the zone hit 9.868 billion yuan, an increase of 11.1% year-on-year. Its fiscal revenue has reached 1.576 billion yuan after the establishment. Moreover, its GDP in the first three quarters of 2021 stood at 33.269 billion yuan, increased by 9.1% over the previous year.

According to Nie Xinping, director of the Hengqin Office of the Guangdong Provincial People’s Government, in 2022, the zone will take the lead in innovation of key areas and links of the reform and opening up. It will provide better policy support and make every effort to develop new technology, new industry, new business forms and models, so as to create an international business and living environment and offer broad development space for everyone to start up businesses as well as work and live here.

Nie said that next, the zone will spare no efforts to attract investment precisely and promote the introduction of key enterprises and projects in the fields of integrated circuits, artificial intelligence, biomedicine, cultural tourism and exhibition, and modern finance.

The zone will also launch policies and measures to support the development of Macau enterprises like the cross-boundary operation of commercial registration. Also, it sticks to making good use of central financial assistance support, accelerating the formulation of a catalogue of industries enjoying preferential corporate income tax policies, and refined preferential personal income tax measures.

To perfect a talent protection mechanism, the zone is formulating an overall plan for talent development, a catalogue list of high-end and urgently-needed talent, compiling trial management measures for occupation record of overseas professionals and a list of overseas qualifications. It is also accelerating the implementation of the double 15% income tax preferential policy.

The introduction of talent has to be combined with industry, and also with the talent plan that Macao is now ready to implement, said Lei Wai Nong, director of the Executive Committee of the Zone.