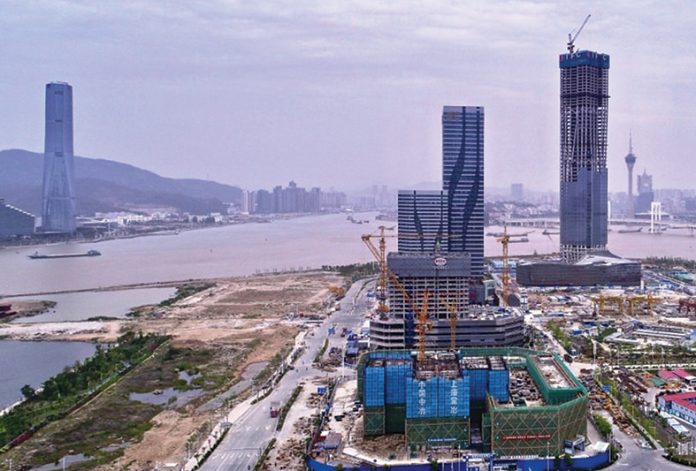 The Hengqin Project was first brought to the table in January 2009 by Chinese Vice President Xi Jinping, who is convinced that the development of Hengqin Island will provide new areas for development and diversification within Macau’s economy. Ten years later, the Chief Executive says there is no doubt, it is necessary to reach the bridge to diversify the economy.

Ho Iat Seng’s first Policy Address may not have brought news about casino concessions but in other areas it was very clear.

When he spoke of the need for Macau not to depend on a single industry, the Chief Executive revealed his frustration with the results achieved and pointed out a path. Only one example: “the diversification of the economy is the path that Macau must follow, which needs persistence, an innovative and entrepreneurial spirit in its process”, which includes “regional cooperation, namely in terms of joint development in Hengqin”, an area that “it can provide new spaces and conditions for the adequate diversification of Macau’s economy in order not only to produce more income and fortunes, but also to forge a solid economic base for Macau’s long-term stability and to find new opportunities for the development of Macau’s population, particularly young people “.  The future passes through Hengin, therefore; a decision applauded by the panel of experts that Macau Business consulted on this topic.

Edmund Li Sheng understands “Hengqin does facilitate Macau’s economic diversification, since it solves the problem of scarce land resources to a large extent, which has hindered Macau’s development for a very long time,” like the Traditional Chinese Medicine Science and Technology Industrial Park of Cooperation between Guangdong and Macau and the new campus of University of Macau, “successful examples in this realm.”

“Hence, it offers not only the space for Macau’s economic diversification, but also the new opportunity for Macau employed population,” stated Professor Sheng, Department of Government and Public Administration, acknowledging “the investment that Macau puts into Hengqin will be reflected in Zhuhai. But it does not mean this is an unprofitable deal for Macau as the cooperation between Macau and Zhuhai in other fields, joint development in Hengqin will certainly become a ‘win-win’ project.”

Leona Li, Faculty of Business Administration, also University of Macau, argues “it would be more rewarding for us to reinforce our comparative advantage in the board tourism sector in general and gradually move to more high-value-added activities and innovative product offerings.”

Ms Li reminds: “Even in the Greater Bay Area planning, Macau’s role, as designated by the Central Government, is to be a world-class tourism destination and to exert radiation effects to improve the global standing of the Greater Bay Area in the international tourism market. And the latest policy report regarding Hengqin also emphasizes its target of becoming an “international tourism island”. I think it would be a dominant strategy to focus on the non-gaming elements of the tourism sector first, coordinating with Hengqin will also generate clustering and agglomeration benefits.”

José Alves, City University, also understands the “the complementarity of Macau and Hengqin is valid and relevant for both because it creates a geographical space with increased capacities. Yet, this vision can only happen if the two cities develop cross border institutions and policies, and put them in practice.”

But Professor Alves also points out: “in this regard, we need both governments to be more ambitious. The most significant investment of the Macau government outside Macau is the Guangdong-Macau Traditional Chinese Medicine Park in Hengqin. Macau does not need to wait for Hengqin and can take the lead. It can start by developing an immigration policy that attracts high-skilled, high-productivity workers for TCM, as well as other industries. We need new incentives, institutions, and strategies to promote new forms of collaboration.”

Emil Marques, Faculty: School of Business and Law, University of Saint Joseph, also talks about complementarity: “I believe the development of Hengqin will assist in the diversification of Macau’s economy simply because it offers additional investment opportunities for both SME and Multi-National Corporations.”

This Senior Lecturer also leaves recommendations: “this implies that the land areas and also the business opportunities will be available for both Macau and Hong Kong businesses. Once these businesses start operations and hire both locals from Hengqin and Macau, alike, I am sure the incomes generated will benefit Macau and Hong Kong.”

In short, the various opinions collected by Macau Business not only accentuate the virtuosities of the bet on Hengqin but also warn of the difficulties.

But not as much as we can read in a ‘China Briefing’ newsletter: “the road to develop a diversified economy will be long and difficult. Construction of proper infrastructure in Hengqin may take decades and other elements, such as adequate transport capacity, need to be completed in the coming decade before the region can really diversify away from its existing gaming-based economy”, wrote Yao Lu, from Dezan Shira & Associates consultant.

Ho Iat Seng seems to have the answer: “We want and hope that Hengqin will become a second Macau. Perhaps we cannot introduce Macau legislation in Hengqin, but we can introduce Macau measures in Hengqin for joint development,” he said  in a press conference following Policy Address presentation.

The first test will happen when the Hengqin port is opened for travellers. In the first semester, as promised by Macau’s Secretary for Administration and Justice, André Cheong Weng Chun? The port has been reportedly developed to facilitate entry and exit of about 220,000 travellers daily (80 million annually). But “the law was actually drafted already, but it needs to go through discussion at the Executive Council and Legislative Assembly,” Mr Cheong said.

… and Great Bay Are much more

“The construction of the Great Bay Area (GBA) is a historic opportunity for the economic revival of Macau, as it is a national strategy adopted at the initiative of the Central Authorities,” states Professor Li Sheng.

According to this Macau-based scholar, “the adequate diversification of the Macau economy is also a means to contribute to the revival of the Macau economy, as it is a strategy characterized by its locally taken initiative, as the efforts of the Macao SAR Government in this regard have earned recognition and support from the Central Government.”

It means, Hengqin may be an excellent option to diversify Macau’s economic options, but if we think about GBA, many more opportunities open up.

Recently, Shi Kun, Director of the Regional Department of Development and Planning, China Development Institute, presented some proposals for the economic diversification of Macau, hampered by the lack of space to develop industries, highlighting precisely “the mobility and cooperation with other cities in GBA.”

The question however is whether GBA could make the Macau market more dependent over Guangdong Province.

Once the almost 50 per cent of tourists come from the neighbouring Province, “visitors from Guangdong will likely increase,” stated Professor Glenn McCartney, Faculty of Business Administration, University of Macau, who points out that while the strength of the market was a good thing, Macau would need to work on its branding strategy in order to attract visitors from other mainland markets and beyond.

The outlook, in general, is however optimistic: “I believe the future of economic diversity and economic growth will not be so much about the GDP of Macau and Hong Kong but growth will hinge on the growth of the entire GBA,” confided Emil Marques, School of Business and Law, University of Saint Joseph, to Macau Business.

Previous | Special Report – Will non-gaming ever make any money?