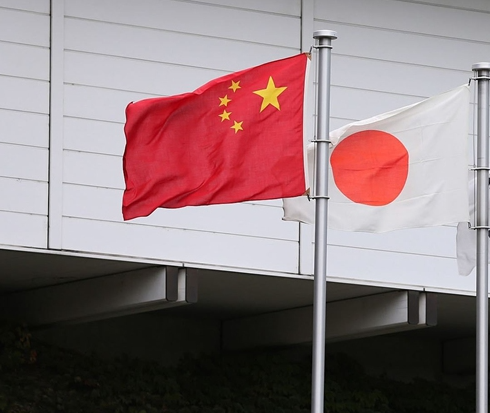 Accepting an invitation from China, Takeo Akiba travelled to the city of Tianjin, southeast of Beijing, to meet Yang Jiechi on Wednesday afternoon, the official told AFP.

Chinese state news agency Xinhua also reported that the pair had met, weeks before the countries commemorate the 50th anniversary of their normalised ties on September 29.

Relations between Asia’s two biggest economies are not always friendly, and have long been beset by issues ranging from wartime history to territorial disputes.

In recent weeks, Japan has protested Chinese missiles that it believes landed in its economic waters during military drills around Taiwan, while China called visits by Japanese ministers to a controversial war shrine a “serious provocation”.

But during the meeting, which included dinner, the high-ranked men took the opportunity to discuss an array of geopolitical issues.

Akiba “conveyed Japan’s position” on Taiwan to Yang, and stressed the importance of “peace and stability” in the Taiwan Strait, the National Security Secretariat official said.

Their meeting was held a fortnight after a visit to Taiwan by US House Speaker Nancy Pelosi sparked a furious reaction from the Chinese government, which launched its largest-ever military drills around the self-ruled island, which it considers its own territory.

According to Xinhua, Yang told Akiba that “Taiwan is an inalienable part of China’s territory, and the Taiwan question bears on the political foundation of China-Japan relations and the basic trust and good faith between the two countries”.

Yang also urged Tokyo to “shape up a right perception of China” and work with Beijing to “promote bilateral ties to be more mature, stable, healthy and stronger”, while also striving to “eliminate internal and external interference”.

The Japanese official, who did not give his name, said the pair discussed Russia’s invasion of Ukraine and North Korea, with Akia expressing “grave concerns” over Pyongyang’s missile and nuclear weapon development programmes.

Xinhua said the pair “exchanged views on international and regional issues of common concern” but did not give details.

Akiba and Yang also talked about a perennial controversy over disputed islets in the East China Sea — known as the Senkaku by Tokyo and the Diaoyu by Beijing — the official said.

In July, Japan lodged a protest with China over a Chinese naval vessel sailing near the islands.

October 7, 2022
Hong Kong said Friday it will not act on any "unilateral" Western sanctions, after a...