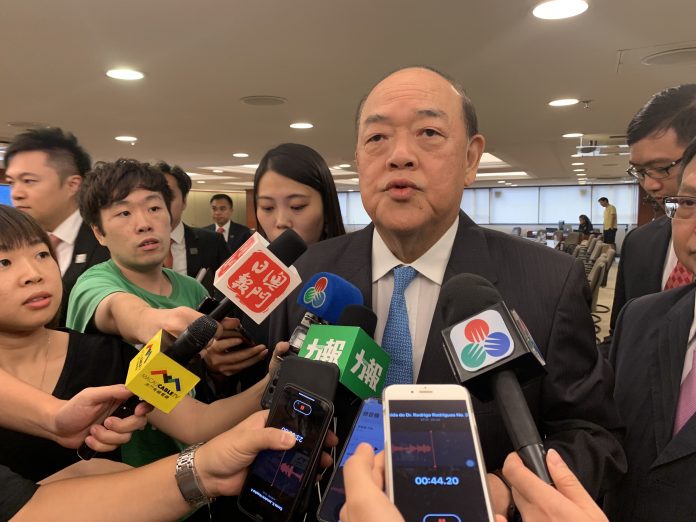 The sole Chief Executive (CE) candidate, Ho Iat Seng, said today that he will reconsider his campaign commitments if he is elected on Sunday with a low vote count.

The CE election will be held at 10:00am on August 25, as a total of 400 CE Electoral Committee members will vote for the new CE of the Macau SAR.

With Ho set to be elected as the new Macau SAR CE he considered that the number of votes in favour will represent the acceptability of his electoral programe among the Electoral Committee members and within society.

“If I am elected with a low number of votes in favor, it means that my work during this campaign period was not enough and needs more improvment. If I receive a better vote count, I will not be proud but will try my best to fulfill my commitments,” he stated.

The CE election campaign period will end at 12:00am on August 24, with the day reserved as a ‘cooling-off period’ for the election.

“I will take a rest and calm down in the ‘cooling-off’ period,” he told the media after participating in his second last sympousium with fourth sector legislators, Macau deputies of the National People’s Assembly (NPC) and representatives of National Committee of the Chinese People’s Political Consultative Conference (CPPCC).

Improving public governance and the efficiency of public administration is one of Ho’s main campaign promises, with the candidate saying today that it is necessary to amend the budgetary framework law to achieve a better supervision of public funds spending.

“I think the law must be amended. If public departments are required to make public their expenses on renting, construction, etc, then they would have more pressure and comparison,” he mentioned.