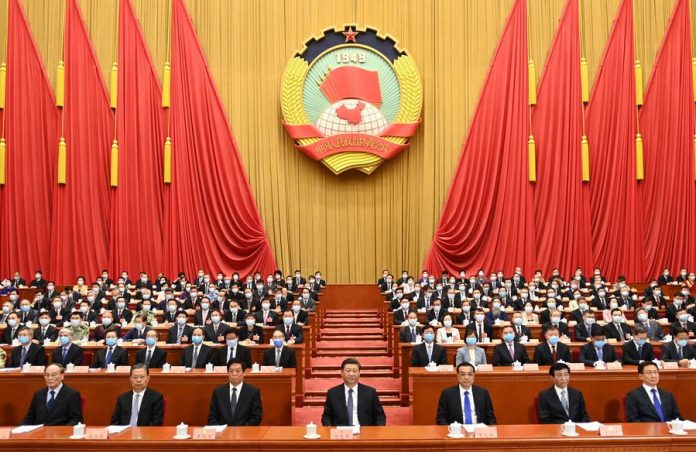 China’s rubber-stamp parliament will vote next week on the proposal, following massive democracy protests that rocked the city last year and infuriated Beijing. It is almost certain to pass.

The measure has been condemned by Hong Kong’s pro-democracy movement and Western nations, which say it would mark the end of the semi-autonomous city’s unique freedoms.

The proposal includes an article that would allow mainland national security agencies to set up offices in Hong Kong — which has its own police force and judicial system.

Pro-Beijing politician Maria Tam, who advises China’s parliament on her city’s constitution, told AFP that investigations “could be joint efforts” between mainland and Hong Kong authorities once the law is passed.

Police from outside Hong Kong would need “approval” from local authorities to conduct investigations, she said.

“And you cannot investigate on your own,” said Tam, who is vice-chairwoman of the Basic Law committee at the National People’s Congress, China’s parliament.

“I’m not worried about anybody being arrested by a police officer from the mainland and then taken back to China for investigation or punishment,” Tam added.

The 2019 protests began over a disputed bill that would have allowed extraditions to mainland China, but unrest continued after it was withdrawn as demonstrators expanded their demands to include universal suffrage and an inquiry into police conduct.

If someone is arrested and prosecuted, Tam said, “it will be done all within the existing Hong Kong legal system”.

China’s army already has a garrison in Hong Kong but soldiers have not intervened in the protests, though the city’s mini-constitution, the Basic Law, authorises local officials to request military help to protect public order.

Hong Kong has its own legal system and is officially granted a degree of autonomy according to the “One Country, Two Systems” arrangement agreed when Britain handed Hong Kong back to China in 1997.

But Beijing has ultimate political sway over the city and had made it clear that it wanted to impose a national security law as Hong Kong authorities struggled to stop the sometimes-violent protests.

Fears that China is steadily eroding Hong Kong’s freedoms were fuelled in 2015, when five booksellers in the city who were publishing salacious titles about China’s leaders vanished and then resurfaced in custody on the mainland.

The proposal goes to a vote on Thursday, the final day of the annual session of the NPC. It will then be up to another NPC body, its Standing Committee, to enact national security legislation.

It is unclear when the law would be approved but the committee meets every two months — and Hong Kong’s chief executive Carrie Lam said the local government will complete the legislation “as soon as possible”.

Tam said she hoped the law would “reduce the kind of riots and destruction that we see in the streets.”

“I think most laws should have a deterrent effect on people who wish to offend them,” she added.

“I’ve heard a lot of businessmen, and a lot of parents, saying we need to have (a) stricter law to prevent this going on.”