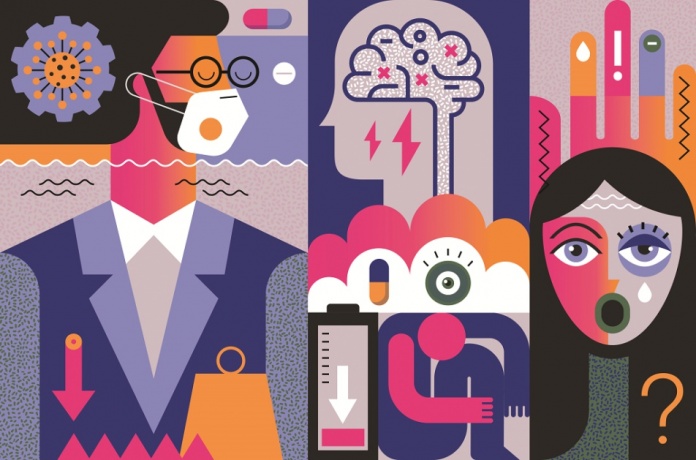 Although surveys and figures showcase the mental wellbeing of residents in the city remain sound amid Covid-19, more could be done as there are still uncertainties ahead

A plunge of 56.3 percent in gross domestic product (GDP), a 79.3-percent nosedive in gross gaming revenue, a plummet of 85 percent in visitors’ arrivals… All these figures paint a somber picture of how the city’s economy has been dampened in the past year amid the Covid-19 pandemic. While the economic turmoil induced by the coronavirus could be easily quantified, the impact in other areas might be less conspicuous, for instance, how it has affected individuals mentally.

Several studies and surveys, undertaken by local academic institutions and associations, have been carried out in recent times in an attempt to gauge the mental health of the Macau public in the face of travel restrictions, a brisk business climate and other negative impacts brought by the unprecedented public health crisis.

Another recent survey, launched by the Macau Federation of Trade Unions and focusing on the life of females in Macau, also found many local women experienced various types of living stress in the past year. As the city’s unemployment rate remains at one of the highest levels seen in the past decade, despite recent improvements, as well as a considerable number of employees in tourism and gaming sectors still being on no-paid leave, or suffering from less working hours, the poll published in March showed 67 per cent of 1,186 females polled said they felt “huge” or “extremely huge” living pressure and 68 per cent of them cited their financial situation as the biggest living pressure. About 73 per cent of them also indicated they were “worried” about their employment situation, said the city’s largest labour group.

“As the pandemic continues, it has had a profound impact on our physical and mental wellness,” Victor Lo Kuan U, president of the Society of Social and Behavioral Sciences Research of Macau, says. “Residents might be easier to be anxious and have a more tense relationship with their family due to more conflicts.”

“Because of the travel restrictions in place, residents who like to travel to relieve their pressure have one less means to chill,” says Mr Lo, who is also a counsellor. “Residents should seek professional help promptly when needed [as] some might not do so due to their ego and reputation.”

The Life Hope Hotline, the 24-hour suicide prevention counselling service provided by Caritas Macau, received over 6,000 calls last year, a similar volume to 2019, the non-profit charity organisation previously remarked, adding the volume only significant increased in January last year while the situation returned to normal for the rest of the year. On the other hand, the consultation service centre under the Women’s General Association of Macau has indicated it has received more cases concerning mental health in the past year, and nearly one-fifth of the cases had suicidal or self-harm thoughts.

In regard to suicide cases, the Government has reiterated it is not prevalent in the city compared with other parts of the world albeit sporadic cases catching the attention of the community from time to time, for instance, a few high-profile cases of youth suicide have been reported in the past few months. According to the Health Bureau, the suicidal rate in Macau has hovered at the trough for years with the latest annual level at 8.3 per 100,000 population in 2019, compared with the global rate of 10.53 per 100,000 population. In spite of a rise in the past year, the city only recorded 53 suicidal cases, including both residents and tourists, in the first three quarters of 2020, five more cases than the same period in 2019, the latest data show.

The community should keep a vigil over the situation though. “As the pandemic has persisted for over a year, it’s understandable residents might experience negative emotions due to various factors from the gloomy economic prospect to changes in their jobs or income,” says Wong Kit Cheng, vice-president of the Women’s General Association of Macau. “But the general public usually have limited knowledge about mental and emotional health — some patients are also worried of being stigmatised and might not actively seek help.”

According to the survey done by UM and KWNC, most of the 1,005 participants — who experienced symptoms of depression, anxiety, or insomnia — were not inclined to seek help from mental health services. Only between 27.6 percent and 39.1 percent of them said they had tried to seek mental health support through hotlines, the Internet, medical institutions, or others.

The Government, therefore, should promote more about the importance of mental health and the relevant support service in the community in face of a possible hike in the number of people seeking help amid the economic downturn, says Ms Wong. The authorities should also strengthen the support service catered by civic institutions and organisations to help relieve the burden of the public health service, says the  legislator-cum-nurse. In terms of mental health support, such service is currently available in “four tiers” in the city, including civil associations, professional mental health institutions, public health centres, and the public Conde S. Januário Hospital.

In its annual Executive Board meeting this year, the World Health Organisation (WHO) has stressed the importance of integrating mental health into preparedness and response plans for public health emergencies amid the Covid-19 pandemic. The organisation encourages each jurisdiction to develop and strengthen their  mental health services and psychosocial support as an integral part of the health system; allocate adequate funding for mental health; and study the impact of the coronavirus outbreak on mental, neurological and substance use conditions.

The Social Welfare Bureau has remarked that the authorities have paid attention to the emotional stress, tense family relationship and social alienation experienced by some individuals and families during this public health crisis and they have worked with civil organisations on studying the risks for suicides to provide prompt support service. Meanwhile, the Health Bureau has said the mental help service available in the territory now has high accessibility.

“If the economy continues to be downbeat with a possible climb in the unemployment rate, there might be more cases here about mental health or suicides,” says another legislator Ho Ion Sang. “The Government should input more resources… to help residents from all walks of life, particularly those disadvantaged groups, the unemployed and those with limited social networks.”

The lawmaker also suggests the Government should undertake a large-scale dedicated survey on the mental health conditions of Macau residents to better understand the stress faced by different groups in the community. “[The Government] can then formulate better measures and policies to improve the physical and mental wellness of the public,” he adds.

There are also actions the public could take to keep their mental health in shape too. “As many other countries and regions are still deeply affected by the epidemic, Macau residents are still facing — and will continue to face for some time in the future — many challenges arising from [the Covid-19 pandemic,” said UM and KWNC in a statement, adding the public should pay attention to the various emotional and mental health changes they might experience and seek professional treatment timely.

“Residents can consider engaging in regular and suitable physical activities during the epidemic, which can help maintain good physical health and a stable mood, as well as improve insomnia,” the institutions note. 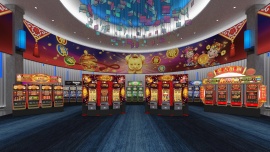 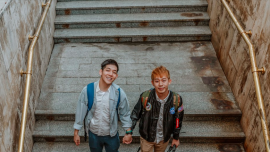