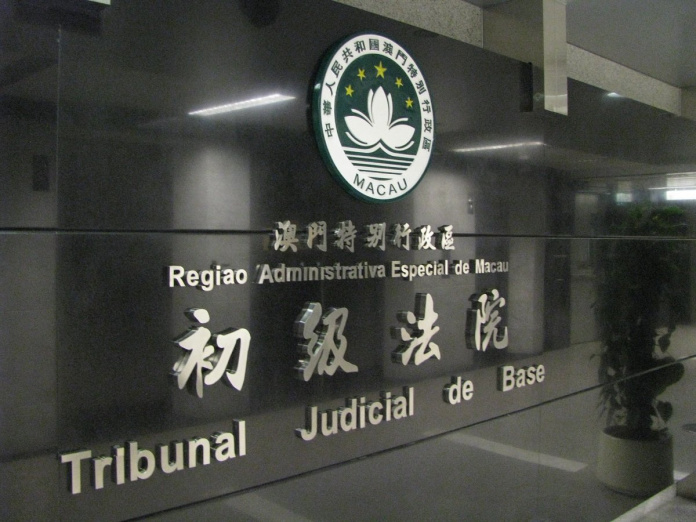 There is no evidence showing the venture between U.S. gaming giant Las Vegas Sands Corp (LVS) and Asian American Entertainment Corp Ltd (AAEC) could manage to win a Macau gaming license two decades ago should they maintain their partnership, said a Macau judge today (Tuesday).

Seng Ioi Man, the presiding judge of the LVS vs AAEC trial in the Macau Court of First Instance, also pointed out there is no ground to believe the collaboration between the two parties had extended beyond the date of 15 January 2002 as stated in their agreement.

Judge Seng spent more than two hours today spelling out the court’s decisions on what facts surrounding the lawsuit can be proven true and validated, which seem to be in favour of LVS. The legal representatives from both sides will come up with their feedback on these decisions this coming Friday, before a final verdict is made by the local court.

AAEC, headed by Taiwan businessman Marshall Hao, accused the three affiliates of LVS of “maliciously” breaching their partnership after the U.S. gaming giant had switched partner to an affiliate of Galaxy Entertainment Group to successfully win a Macau gaming license two decades ago. AAEC is now seeking compensation of at least US$7.5 billion (MOP60 billion) plus extra from LVS.

The LVS vs AAEC lawsuit was launched in the U.S. in 2007 but it was later dismissed due to the statute of limitations and procedural reasons, before lodging in Macau in 2012. AAEC was represented by Jorge Menezes in the Macau case, while LVS and its three affiliates — namely, LVS (Nevada) International Holding Inc; Las Vegas Sands LLC; and Venetian Casino Resort, LLC — were represented by Luís Cavaleiro de Ferreira.

Following the analysis of the written evidence comprising over 10,000 pages of documents, as well as the testimonies from 16 witnesses, Judge Seng said today the court “cannot come to a conclusion” that any party partnering with LVS would win a Macau gaming license in 2002, even though some witnesses have said the possibility was “high”.

In consideration of the scores the authorities gave to the AAEC bid at the time, the company would still have not been placed among the top three if the LVS score had been added to its bid, he said. The Macau government only granted three gaming concessions to the top three bidders in early 2002, including the LVS-Galaxy bid.

“There is no evidence to support that the Committee [formed by the Macau government officials handling the gaming license tender in the 2001-2002 period] would do anything to ensure a bid [with the participation of LVS] to be in the top three,” Judge Seng said. “If the Committee did so… it would be an abuse of arbitrary power.”

One of the focuses of the lawsuit, which started last June, concerns when LVS and AAEC split up two decades ago. The U.S. gaming giant claimed their partnership had ended as their letter of intent of cooperation expired on 15 January 2002, while the side of Mr. Hao argued the partnership only came to an end in February of the same year when LVS notified AAEC that their partnership had been terminated.

The court ruled today seemingly in favour of LVS concerning the matter. Judge Seng said the letter of intent between LVS and AAEC had only been amended and extended once from the expiry date of 15 November 2001 to 15 January 2002, and there was no written evidence supporting the document had been extended for a second time.

Both sides had adopted a written format to extend the collaboration for the first time to 15 January 2002, so it’s “reasonable” to assume they would employ the same approach if there was really another extension, the judge illustrated.

Though LVS and AAEC had remained in contact for some time after 15 January 2002, the judge said this did not necessarily mean both sides were still partners. William Weidner — former president and chief operating officer of LVS until 2009 — reached out to AAEC by fax on 25 January 2002, saying their collaboration could be renewed should LVS become a shareholder in AAEC, but there was “no evidence” showing such a share transfer happened, Judge Seng illustrated.

The fax by Mr. Weidner also underscored the LVS-AAEC partnership did not automatically extend beyond 15 January 2002 as the plaintiff claimed, he added.

“This matter involved great financial interests. Both sides were well-educated with a lot of experiences in the business world, as well as supported by cross-jurisdiction legal teams. If they had really had the initiative to extend the letter of intent [at the time], it is reasonable to presume they would have established a written agreement,” the judge remarked.

The court also said today it would not give weights to two documents submitted by Mr. Hao’s side — namely, a declaration of the relationship between LVS and AAEC and a memorandum of agreement between both parties — as the plaintiff could not explain when and how they could access these documents.

The LVS side has claimed the signature of Mr. Weidner in the memorandum of agreement has been forged, while AAEC’s legal representative — Mr. Menezes — has refuted the accusation.

Describing the memorandum of agreement as “unusual”, Judge Seng said today the court was in no position to rule whether the document was forged but casted doubts on the content of the pact.

AAEC has also argued the bids prepared respectively by LVS-AAEC and LVS-Galaxy were similar, and the latter duo won a license at last “not because of their bid but our bid”.

Judge Seng determined today there were “similarities” between the bids submitted by AAEC and Galaxy respectively to the government at last, but there were a few possibilities behind this scenario: LVS revealed the content of the AAEC bid to Galaxy; LVS had been involved in the production of the AAEC and Galaxy bids respectively; the Galaxy bid had been prepared by LVS.

“It cannot be said” all the intellectual property rights of the AAEC bid belong to Mr. Hao’s company, the judge added.

The court also ruled today the letter of intent inked between AAEC and LVS only involved one of the LVS affiliates rather than all the three affiliates.

June 28, 2022
At the Mellach coal power plant in southern Austria, spider webs have taken over the...
Load more