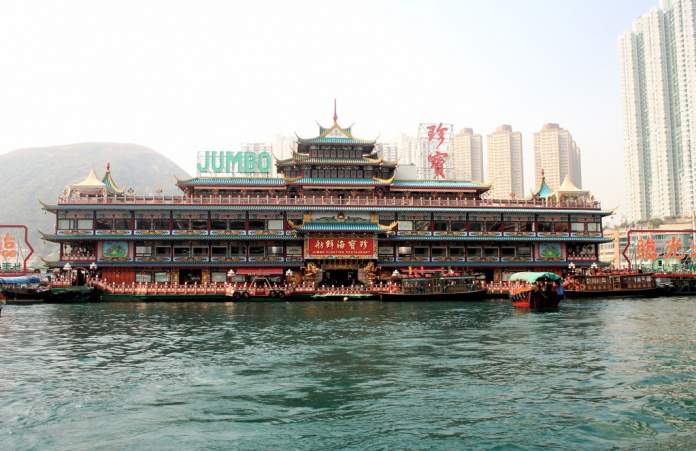 The Jumbo Kingdom floating restaurant once opened and owned by late gaming tycoon Stanley Ho will be taken out of Hong Kong this month due to financial struggles, the restaurant’s owner revealed.

The restaurant was located in Aberdeen Harbour on the south side of Hong Kong Island and was a popular attraction in the city for decades.

Melco International Development, the company led by one of Ho’s sons with second wife Lucina Laam King, Lawrence Ho, later took on the business via its subsidiary Aberdeen Restaurant Enterprises.

The restaurant has been closed since early 2020, with its owner reporting an accumulated loss in excess of HK$100 million (US$12.74 million) after the Covid-19 outbreak devastated the tourism and catering industries already under strain since the social unrest in 2019, the South China Morning Post reported.

Soon after 70 staff members were sacked in January 2020, right after Covid first emerged, another 60 were laid off when the restaurant ceased operations.

Aberdeen Restaurant Enterprises stated this week that it would look for a new home for the restaurant outside the city as it could not afford the costs of maintaining the facility to meet the government’s requirements.

The company noted that there is no available dry dock for Jumbo Floating Restaurant in Hong Kong, and it is unable to carry out large-scale inspections and maintenance for the floating restaurant every three years.

As a result, it has decided to move Jumbo Floating Restaurant out of Hong Kong next month for inspection, maintenance and storage.

The owner of the restaurant even stated that it had discussions with more than a dozen companies and organisations for an unconditional offer to donate the Jumbo Floating Restaurant but there were no takers, with all parties citing high operating costs.

Originally decorated in the style of an ancient Chinese imperial palace, the restaurant also featured in James Bond’s film The Man With the Golden Gun (1974), played by Roger Moore.

August 19, 2022
Some 109,000 tonnes of anti-pandemic products had been sent to Europe through the China-Europe freight...
Load more