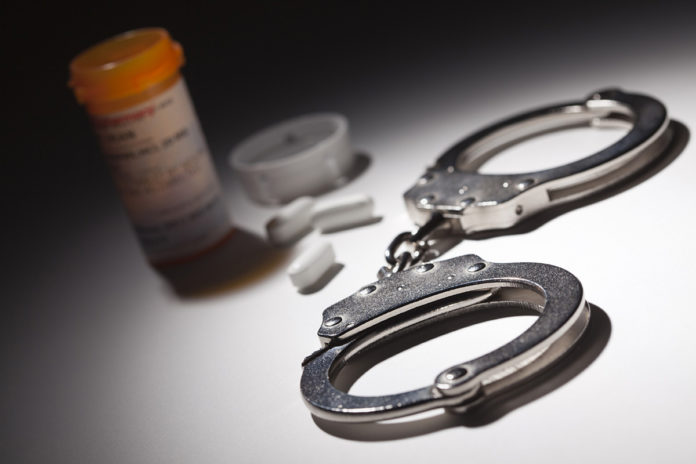 The Office of the Secretary for Security has indicated that due to the price of illegal drugs in Macau being three times more expensive than in Hong Kong, there has been an increase in the number of people hired by criminal groups from the neighbouring SAR to traffic drugs in Macau.

The Public Prosecutions Office had previously expressed its concern with the trend for criminal associations to hire underage Hong Kong residents for drug trafficking in Macau.

In a response to an interpellation submitted by legislator Wong Kit Cheng, the Office of the Secretary for Security reiterated that Macau authorities have been strengthening anti-drug trafficking cooperation with Guangdong province and Hong Kong, while advancing the joint-works with Hong Kong police and customs to tackle this uptrend of Hong Kong residents trafficking drugs in the city.

The legislator also inquired if authorities were considering to raise penalties for drug trafficking offenses with authorities noting current penalties are already considerably high and that caution was needed for such legislative changes.

In the amendment of anti-drugs bill in 2016, the Macau SAR government raised the imprisonment of drug trafficking crime from five years to 15 years, with aggravated cases possibly leading to a maximum of 21 years in jail.

The government highlighted that the maximum imprisonment for murder is 20 years, indicating that the penalty on drug trafficking in Macau is strict and coordinated with other criminal codes.

The Office also reemphasized that in the discussion on the Legislative Assembly in 2016, the government had explained that it must consider balancing penalties in the penal codes and that only raising the punishment in drug trafficking might cause a ‘moral conflict’ due to comparison to penalties enforced with other crimes.

Authorities also noted that current legislation already allows drug addicts to request for a sentence to be suspended in change for rehabilitation treatment and that even offenders who still choose a prison sentence are still eligible to receive rehab treatment.

The Office of the Secretary even indicated that the Committee for Drug Prevention is studying the possibility of drug offenses to not be forwarded to courts.