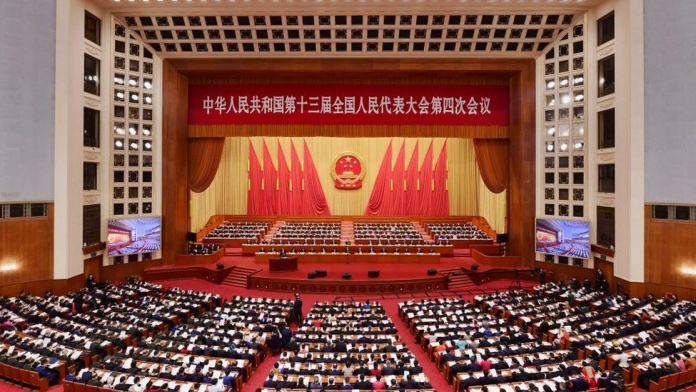 Improving Hong Kong’s electoral system is to ensure the sound development of Hong Kong’s democracy. Under the colonial rule, there was no democracy to speak of in Hong Kong. Since its return to the motherland, Hong Kong has started its democratic development. However, in recent years, especially after the turbulence over the amendment bill in 2019, anti-China, destabilizing forces and radical localists in Hong Kong have openly called for “Hong Kong independence”. They used the electoral platforms of the Hong Kong SAR and the deliberation platforms of the Legislative Council and the District Councils or their position as public servants to blatantly carry out anti-China and destabilizing activities. They resorted to every possible means to paralyze the functioning of the Legislative Council, and grab the power to administer Hong Kong to challenge the authority of the Central Government. The rioting and turbulence that occurred in the Hong Kong society reveals that the existing electoral system in the Hong Kong SAR has clear loopholes and deficiencies. The latest moves of the Central Government are to ensure that Hong Kong’s democracy can develop in a healthy and orderly manner.

Improving Hong Kong’s electoral system is an important guarantee of the long-term prosperity and stability of the HKSAR. The 14th Five-Year Plan (2021-2025) for National Economic and Social Development and the Long-Range Objectives Through the Year 2035 passed by the NPC outlines a set of important objectives to maintain the HKSAR’s long-term prosperity and stability, and makes specific arrangements to deepen cooperation between the mainland and the HKSAR. It fully demonstrates the determination of the Central Government to safeguard Hong Kong’s long-term prosperity and stability. Hong Kong has no chance to seize the opportunities if the endless turbulence and internal friction continue. Now the Central Government is taking steps to improve its electoral system and implement the principle of “patriots administering Hong Kong” with the aim of let those who truly love China and Hong Kong lead Hong Kong out of its predicament. Looking around the world, most countries are trying to seize the opportunities brought by China’s development. Hong Kong, with the support of the motherland and a world vision, as well as many favorable development conditions and unique competitive advantages, has every reason to seize the opportunities of the motherland’s development and forge a new future.

Improving Hong Kong’s electoral system by the Central Government has won broad understanding and support from the international community. The Macao SAR government and all sectors of society have also voiced their support for the decision and practice of the Central Government. As to Macao, under the leadership of the Central Government, the Macao SAR has, in accordance with the Constitution and the Basic Law of the Macao SAR, gradually promoted the development of the democratic political system, established electoral regimes for the Chief Executive and the Legislative Assembly that correspond to the realities of Macao. It legally protects the democratic rights of the residents in Macao, forms a sound situation of “patriots administering Macao”, ensures that the practice of “one country, two systems” has always been advancing on the right track. The Commissioner’s Office will continue to strictly guard against and resolutely prevent external forces from interfering in Macao affairs in accordance with the requirements of the Central Government and the Ministry of Foreign Affairs, resolutely safeguard the hard-won situation of Macao, and unswervingly defend the long-term prosperity and stability of Macao.