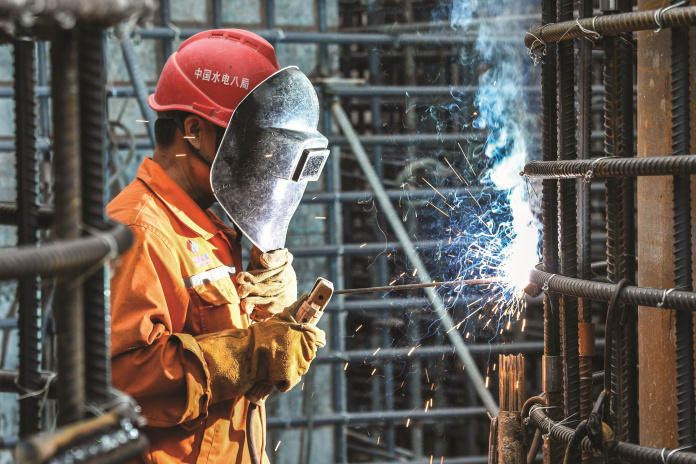 After considering the effect of inflation the real wage index of construction workers in the second quarter of 2022 has only risen by 0.4 per cent quarter-to-quarter, with that of local construction workers even decreasing by 1.2 per cent, data from the Statistics and Census Bureau (DSEC) shows.

The inflation rate in Macau reached 1.32 per cent in June, a considerable rise from the previous month, due to higher wages for domestic workers, prices of meals away from home, gasoline and liquefied petroleum gas.

According to data published today by the DSEC, without accounting for inflation the
the average daily wage of construction workers increased by 1.0 per cent quarter-to-quarter to MOP795 in the second quarter of 2022.

A total of 29,100 people in Macau were employed in the construction sector during the April to June period.

In the same period, the average daily wages of local workers (MOP976) and non-resident workers (MOP719) went up by 0.8 per cent and 0.5 per cent respectively.

In terms of main occupations, the average daily wages of air-conditioning mechanics (MOP973), welders (MOP850) and electricians & electrical workers (MOP863) rose by 8.0 per cent, 3.3 per cent and 2.3 per cent respectively quarter-to-quarter.

In the opposite direction, the wages of bricklayers & plasterers (MOP755), concrete formwork carpenters (MOP746) and structural iron erectors (MOP766) fell by 2.8 per cent, 2.1 per cent and 1.6 per cent, respectively.

At the same time, the price index of construction materials for residential buildings rose by 1.5 per cent quarter-to-quarter to 126.8; mainly due to the rise in the price indices of emulsion paint, equipment and pipes.