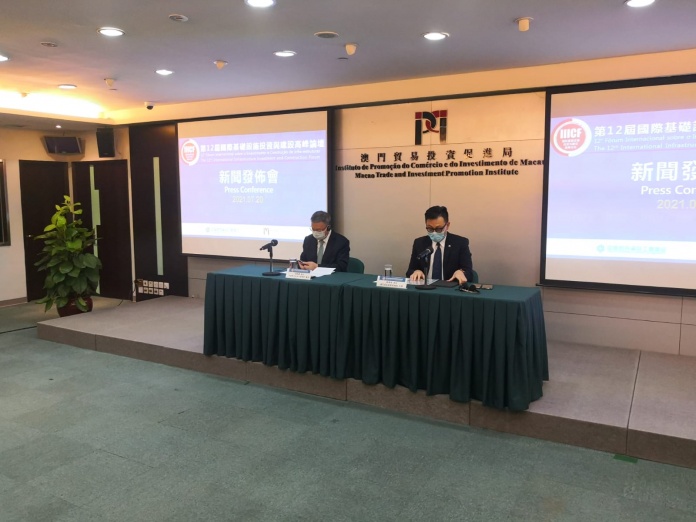 This year’s 12th International Infrastructure Investment and Construction Forum (IIICF) will focus on opportunities for green development within the industry, the Chairman of the China International Contractors Association, Fang Qiuchen, said today (Tuesday).

In an event to introduce this year’s forum – to be held at The Venetian between July 22 and 23 – Fang indicated that the event will focus on financial innovation, challenges and opportunities in achieving the country’s dual carbon goals, and how to upgrade the industry is expanding to key regions and countries.

Dual carbon goals refer to China’s two climate goals announced by President Xi Jinping at the 75th session of the United Nations General Assembly in September 2020, pledging that China would reach its carbon emissions peak before 2030 and become “carbon neutral” before 2060.

However, China’s plan towards economic recovery after the pandemic is pushing its carbon emissions to record highs, with the country’s CO2 emissions from fossil fuels and cement production growing 14.5 per cent in the first quarter of 2021 compared to the previous year, a report from the Centre for Research on Energy and Clean Air (CREA) states.

Still, the world’s largest carbon dioxide emitter plans to more than double its capacity to capture and store the gas contributing to global warming in the next four years.

Trading of carbon emission quotas will start later this year in the power generation sector that accounts for around 40 per cent of China’s emissions.

The forum’s organisers indicate today that more than 1,300 guests from over 500 entities and 42 countries have already signed up.

Of these guests, 34 will be foreign envoys in China and senior executives of 25 institutions, plus 64 international contractors and 72 Global 500 companies, with the number of booths increased by 40 per cent from the previous edition.

As it has become common since the pandemic outbreak, there will be a large online component of online activities, video speeches and live-streaming events.

“The 12th IICF will send a clear signal to the outside world that Macau’s MICE industry is recovering at an accelerated pace and that Macau’s economy is stable. It will also convey China’s confidence in further spurring the international infra-structure co-operation,” Fang added.

The meetings, incentives, conferences, and exhibitions (MICE) industry came to a standstill in 2020, with the number of MICE events held in Macau falling by around 76 per cent year-on-year to only 362, whilst the number of participants and attendees also showed a year-on-year drop of 54.6 per cent to 914,000.