What is the biggest problem of the media in Macau?

It is evident that Macau is not the only open society in which there is self-censorship, but in most cases the problem is limited to the corporate interests of media owners.

In Macau, self-censorship involves political issues, including those under the supervision of the People’s Republic of China.

“The local Chinese newspapers including the influential Ou Mun Iat Pou did not even report candlelight vigils held in Hong Kong and Macau. As on the Mainland, the June 4th Incident is taboo in Macau,” according to Professor Herbert S. Yee. “Subjects like criticism of regime performance and democratisation are avoided, [making] their pro-Beijing stance clearly evident,” adds Malte Kaeding of Surrey University.

And we are no longer talking about just avoiding controversial issues, unprompted by any instructions: last year, an association of mostly Chinese journalists from Macau denounced the fact that at least five media outlets had instructed reporters to present positive coverage of the authorities’ work following the passage of Typhoon Hato.

“In some media it was very straightforward; they said they could not criticise the Chief Executive or the recovery work. In others it was smoother [whereby] the editor tried to persuade journalists to be more harmonious,” according to a source from the Macau Journalists Association.

But there are plenty of situations where the local Chinese press ignores or disregards social movements such as street demonstrations.

“Mainstream media in Macau often employs a conservative reporting strategy to ignore, dilute or object to these movements in order to maintain the legitimacy of the ruling class,” we can read in The Roles of Online Alternative Media in Facilitating Civil Society Development in Macau: The Case Study of Macau Concealers and All About Macau Media by Taiwanese author Chang Su.

“Due to the government’s strong economic and political control the tendency for self-censorship among mainstream media in Macau has become obvious in recent years,” states the same author in this 2017 research paper.

The issue gained another dimension when in 2015 the International Federation of Journalists (IFJ) reported that self-censorship is increasing. Professor Agnes Lam (see interview in this special report) said at the time that she agreed that self-censorship is growing, recalling what happens in Chinese newspapers when the Chief Executive is elected: “Some even suppress their opinion columns during this period.”

“Mainstream media in Macau often employs a conservative reporting strategy to ignore, dilute or object to these movements in order to maintain the legitimacy of the ruling class”- Chang Su

Since then, the IFJ has followed Macau’s situation more closely. In last year’s report, for example, it is once again said that the self-censorship of media owners is the main obstacle to press freedom in Macau, along with discrimination in the treatment of traditional and electronic media.

The 2017 report highlights a statement from the Macau Media Workers’ Association which discusses the way the production of news content related to the donation of 100 million yuan by the Macau Foundation to the University of Jinan, as well as the alleged involvement of the Chief Executive, saying that journalists were asked to portray the subject in a positive way or to remove critical testimony regarding the content of their articles.

The latest IFJ document still addresses a larger number of cases which, according to this organisation, represent a decline in press freedom in Macau.

These include those that have to do, in particular, with Typhoon Hato: this year’s report from the International Federation of Journalists recalls the already quoted communiqué of the Macau Journalists Association and recalls that at least five journalists and photographers from the South China Morning Post, Apple Daily and HK01 were denied entry on the grounds that “they could constitute a threat to internal security.”

Special Report – GBA and the case for legal synchronization

Special Report – “It is very unlikely that Macau can be a sustainable, energy-efficient city... 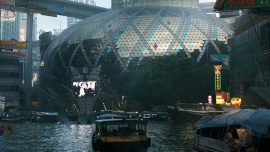 September 26, 2021
Scientists’ prediction for a medium-emission scenario is that by 2060 water levels will have risen... 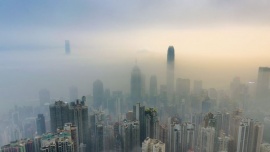 Special Report – GBA and the case for legal synchronization

September 26, 2021
Experts call for the "creation of a mechanism of legal cooperation in environmental governance" and... 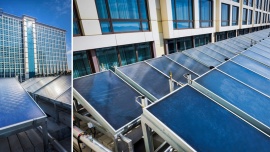