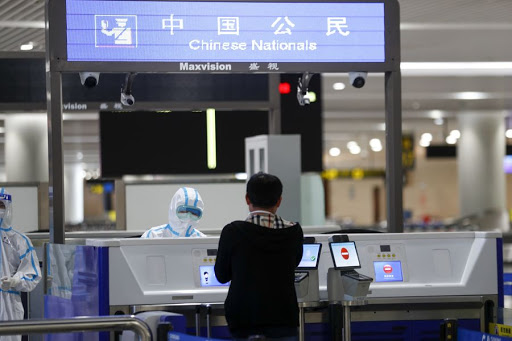 Gaming analysts considered the gross gaming results for the first month of this year to be better than expected but cautioned the road to full recovery remains slow and bumpy as the pandemic resurges in Mainland China.

Monthly gaming results in Macau reached MOP8 billion (US$1 billion) in January, down 64 per cent year-on-year, but marking a small 2.6 per cent sequential improvement from December, 2020 and the best monthly result since the pandemic started one year ago.

Union Gaming analyst John DeCree stated in a note that while the modest sequential improvement is ‘encouraging’ gaming results are still at only 32 per cent of prior-year levels.

‘With the relaxing of some travel policies and the return of the IVS program, we expected 4Q20 gaming win to recover quickly to about 30-35 per cent of prior-year levels[…] as it did,” DeCree stated.

The yearly comparison ended up being better than Sanford C. Bernstein estimates and better than the latest Bloomberg polling consensus of a 67 per cent downturn.

Average daily revenues for January also rose 3 per cent from the previous month to MOP259 million but was still impacted by visitation bottlenecks due to visa
processing, Covid test requirements and by weakness in VIP volumes.

‘On a relative basis, the premium mass was the best-performing segment during the month, while junket VIP was most hamstrung and base mass continued to be hampered by low levels of visitors and HK travel closure,’ Bernstein analysts Vitaly Umansky and Tianjiao Yu said in a note

Looking to the future analysts expect visitation and results to be further impacted by the rising Covid-19 contagion in Mainland China.

‘China has been instituting larger-scale lockdowns and urging a reduction in travel. The travel impediments will lead certainly to reduced visitation (vs. earlier forecasts) into Macau for the next few weeks at least, with Chinese New Year visitation being impacted,” Bernstein added.

Daily visitor arrivals to and departures from Macau amounted to some 30,000 to 40,000’s per day in January.

‘With a number of isolated COVID cases throughout China and the region we expect travel will remain moderate over the coming months, including during the Chinese New Year period,’ the brokerage added.

China’s National People’s Congress passed an amendment to its criminal law that will, from 1 March 2021, create a new crime against cross-border casinos found to be organizing or soliciting Chinese citizens to gamble and increase penalties for those found guilty of serious breaches.

The amendment specifically targets anyone who ‘organizes mainland Chinese citizens to gamble outside the country (borders)’.

China’s Ministry of Culture and Tourism (MCT) announced that it would extend its travel blacklist of overseas gambling jurisdictions or countries that promote gambling tourism for Chinese nationals.

Although the exact blacklist is not known, analysts believe it refers to Southeast Asian gaming jurisdictions popular for Chinse overseas gamblers such as Vietnam, Cambodia, Philippines or even Australia.

‘In the long run, we expect the offshore gambling crackdown could accrue to Macau’s benefit; but for now, the ambiguity of the new law will likely continue to deter some VIP customers and limit junket operations in Macau,’ DeCree noted.

“We wouldn’t expect any clarifying comments from China on whether this law excludes Macau, but over time we expect the SAR will be treated more favorably, potentially allowing for some more VIP to return to the market.

Bernstein analysts concluded by predicting that February gaming results will be down in the mid-to-high 60 per cent when compared to Feb 2019, with the SAR to continue to experience headwinds during the first half of this year.

‘The key jump in visitors will come when visa processing switches back to digital and same day, which may take some time […] But we see a strong improvement beginning in the second half as COVID-related travel constraints begin to fall away,’ the brokerage added.

“The Lord of the Rings” to be most expensive TV series ever made: U.S....

April 17, 2021
U.S. stocks finished higher on Friday, building on the gains they scored in the prior...

April 17, 2021
The number of new COVID-19 cases per week worldwide has nearly doubled over the past...

“The Lord of the Rings” to be most expensive TV series ever made: U.S....

“The Lord of the Rings” to be most expensive TV series ever made: U.S. media