The city will see the rental and capital value for high-end homes continue to shrink this year given last year’s plunge following the contraction of the casino business and slower growth in the number of professional foreign tenants, Jones Lang LaSalle (Macau) Ltd. has concluded in its year-end property review.
For 2015, the estate agency said it has seen the capital value for high-end homes in Macau drop 22.1 per cent year-on-year; this index could drop another 10 per cent this year with lower investment demand expected courtesy of ongoing structural changes in the gaming business.
“In the past decade, the average number of home completions was around 2,200 units a year. But in 2014 and 2015, we actually saw this number hitting a historical high,” said Jeff Wong, Head of Residential at Jones Lang LaSalle (Macau) Ltd. in yesterday’s property review briefing. By November of last year the number of new residential completions amounted to some 3,321 units – a number that included some notable projects like One Oasis, Paragon and Nova Park, the estate broker said.
“Coupled with the supply factor, we have seen the adjustment phase of the gaming industry,” Mr. Wong explained regarding the fall in high-end homes transactions last year, “In the past, many property investors, especially for the high-end, were from casino-related businesses. But as their capital fell short they no longer wanted to invest, or it is now more difficult for them to invest in property.”
Meanwhile, the estate agency’s rental value for high-end homes plummeted 30.3 per cent year-on-year for last year following slower growth in blue-card renewals, especially those for senior expatriate executives, as well as the fact that more VIP gaming promoters have moved out of the luxury housing market.
“In [the beginning of] 2011, the growth of professional foreign labour was 7 per cent,” said Mr. Wong citing official figures. “But as of November, this growth has already dropped to 3.68 per cent, which is significantly slower. With more units available now in the leasing market, that would spell a big adjustment to high-end home rentals.”
Jones Lang LaSalle Macau forecasts that the rental value for high-end homes will see a drop of 10 per cent for this year, a bigger correction compared to the expected 5 per cent drop in rentals for mass and medium residential units.
The estate agency predicts that over 2,600 residential units will be completed this year, of which about 65 per cent have been sold off-plan. From this year to 2020, the total number of new residential completions will be about 16,287 units, the agency said.

Cautious expansion
The estate agency also expects a fall in the retail property market, which has already seen a nearly 15 per cent year-on-year decrease in rental cost for high street shops and a 16 per cent fall in their capital value last year.
For this year, the agency expects a 10 per cent to 20 per cent fall in the rental index for High Street shops, and another 10 per cent to 15 per cent drop in capital value in the segment, according to Associate Director, Retail at Jones Lang LaSalle Macau Oliver Tong.
“On the one hand, retailers don’t have an optimistic outlook for this year,” Mr. Tong said. “Meanwhile, they’re generally very cautious about their expansion plans here on the consideration that they don’t want cannibalisation in their existing shop network, or that they still want to rent a shop space at a fair price.”
The agency expects the sales of Grade A offices will experience a downturn this year with capital values falling 10 per cent to 15 per cent. The capital value of Grade A offices already dropped 20.7 per cent last year.
Managing Director Gregory Ku explained that the estimate was based on the forecast that companies here would be less keen on expansion or would even reduce their budget and size down their office area.
Mr. Ku also said of the estimate that the rental value of Grade A offices may drop 10 per cent to 15 per cent this year, having shrunk nearly 6 per cent in 2015, induced by significantly reduced demand from offshore, gaming-related and Chinese-based investment companies. 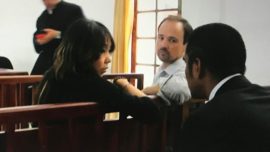 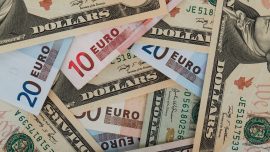 January 15, 2021
A University of Macau study concluded that at the beginning of the pandemic mainland Chinese... January 15, 2021
The Health Bureau announced today (Friday) that it has decided to transfer the Kiang Wu...
Load more