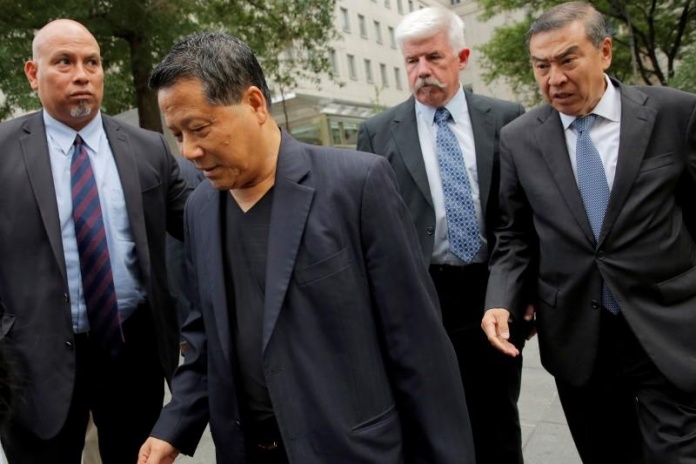 Convicted businessman Ng Lap Seng will enjoy an early release from prison after serving 34 months of a four-year prison sentence for bribery and could return to Macau, Reuters reported.

The real estate businessman had been convicted in 2017 for bribing two United Nations ambassadors, including former General Assembly President John Ashe, to win support for a multibillion-dollar conference centre project for Macau.

However, a US judge has granted Ng’s request for release to the 72-year old real estate developer, citing “compassionate” grounds due to Ng’s poor health condition and saying since the Allenwood, Pennsylvania prison where he was located has reported hundreds of COVID-19 cases

Ng’s defence had also requested for the businessman to take a private charter flight back to China, according to NGO publication Inner City Press.

The businessman was said to have declined to be vaccinated against COVID-19 on February 9, but changed his mind and received his first dose of the Moderna vaccine on February 24, and was scheduled to receive his second dose next week, an argument prosecutors used to request for the case judge to reconsider his decision.

He was previously eligible for release on December 23 of this year and is now expected to be fully vaccinated and transferred to the custody of immigration officials before flying home.

Former Dominican Republic ambassador who admitted his role in a United Nations bribery conspiracy and who’s testimony was credited as important in the 2017 conviction of Ng, was given a sentence of time served, some 20 days in detention.

Meanwhile, John Ashe, the former president of the United Nations General Assembly in 2013 and 2014, died in 2016 of injuries while lifting a barbell on a bench at his house in New York while awaiting trial in a bribery scandal.