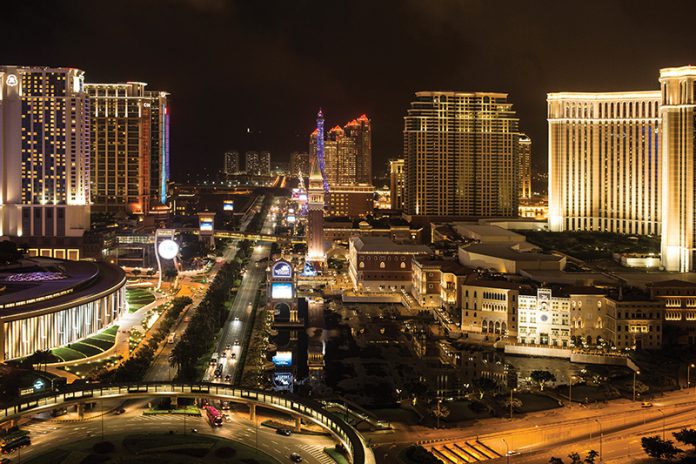 Financial support pledged by local gaming operators and junkets for efforts to contain the spread of the new coronavirus has so far reached about MOP190 million (US$23.7 million).

All donations seem to have been made in coordination with the Central People’s Government Liaison Office in the Macau SAR.

Tak Chun Group announced a donation of HK$20 million in support to Hubei, the epicenter of the outbreak and of 200,000 surgical masks, with half of the masks going to Hubei and the other half to the Macau SAR.

The VIP entertainment company also announced that it has granted 15 days of special paid leave for their local employees, with all marketing activities postponed until further notice.

‘The novel coronavirus outbreak has caused a lot of fear and worries, not just in our part of the world, but across the globe. We are now in the critical period of executing prevention and control measures to contain its further spread, the Chief Executive Officer of Tak Chun Group, Levo Chan, said in the announcement.

Suncity Group has also pledged some MOP41.5 million in donations to health efforts in Mainland China, including a MOP11.5 million donation to its hometown, Zhaoqing City in Guangdong, while the Guangdong Group pledged MOP10.5 million to containment efforts.

Suncity Group also announced a special paid leave to its employees for the entirety of the current 15-day casino operations suspension period, with any leave between February 5 and 19 to not be deducted on annual leave or from workers’ salaries.

The group headed by Alvin Chau has also purchased 400,000 face masks for its employees, with the Suncity CEO starting in a video the group employed about 4,000 people.

Both announcements were made after a Macau government-mandated 15-day suspension on all casino operations was enforced starting from midnight of February 5.

MGM China, meanwhile also announced it will waive 15 days of basic rent for the period of February 5 to 19 for all MGM Macau and MGM Cotai retail tenants, including local brands and small and medium enterprises (SMEs).

Analysts consulted by Macau News Agency (MNA) have previously estimated that the 15-day suspension of all casino operations in the city could lead to gaming revenues losses between US$900 million and US$1.5 billion.