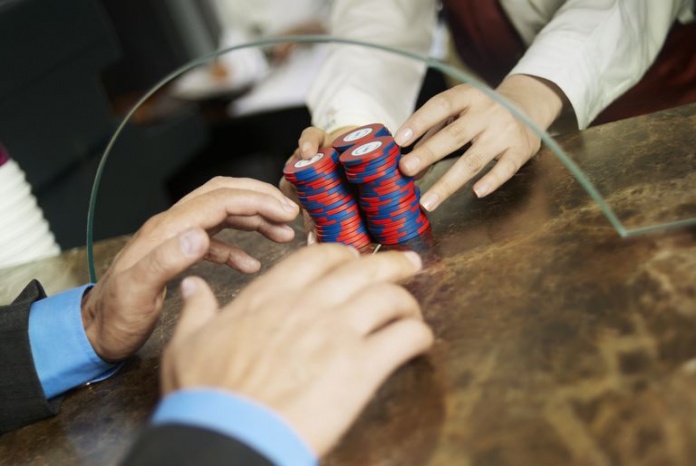 The possible future liability held by gaming operators over junket deposits operators in casino VIP rooms is a ‘Pandora’s Box’ that could open if a new wave of sudden ‘gaming promoter runs’ to withdraw the funds occurs, gaming law expert António Lobo Vilela states in a legal review article.

In a legal article published by The Law Reviews, the former Macau SAR senior government advisor analyses the liability held by Macau gaming operators over activities carried inside casinos by gaming promoters, with a stern warning made over the ‘ticking time bomb that VIP room deposits could pose.

However, over the years, some gaming promoters will engage in deposit-taking activities, with some junkets distributing high-interest rates in an attempt to raise funds for the extension of credit for gaming.

Such junkets will seek investors, solicit funds, and offer high-interest rates for deposits acting as banks by soliciting investors’ funds, paying monthly dividends to those who invest in their operations.

‘No numbers exist on the funds on deposit with gaming promoters, aimed at financing their VIP operations, which turns impossible to know if we are in the face of a ‘Pandora’s Box’ […] The reception of funds on deposit works as a (kind of) Ponzi scheme, which lasts as long as most investors do not withdraw all their funds,’ the legal expert warns.

In 2020 the CEO of junket group Suncity Group, Alvin Chau, issued a public statement denying a storm of online rumours alleging the company was the target of a nationwide anti-crime operation by Chinese authorities which had reportedly led to hundreds of patrons, within a couple of days, to withdraw funds on deposit with the largest local junket group.

According to Vilela economic repercussions that the COVID-19 pandemic will undoubtedly bring in the medium-long run, and increasingly stringent the PRC authorities are in restricting offshore gambling of their citizens, may ‘spark new waves of a stampede’.

The impact of the Covid-19 pandemic in 2020 and increased capital transfer regulations enforced by Chinese authorities this month have also compounded the woes of the already severally impacted local VIP market in recent years.

The increase in junket operations oversight has also led to the continued drop in the number of licensed junket promoters continues to decrease, from 235 in 2013 to 85 in 2021.

‘Furthermore, it would be aggravated by the fact that as of today, no solvency ratios or mandatory provisions to secure the reimbursement of those funds seem to have been determined nor prudential rules imposed by the Macau authorities,’ he noted.

‘The inaction by this important governmental agency may reflect either a different (legal) interpretation of the elements of the crime of unauthorized reception of deposits or other repayable funds, or an implementation failure (lack of enforcement), or even a motivation failure (lack of readiness),’ he argued.

The ramifications of such a blowout would also impact gaming concessionaires as the final decision by Court of Final Appeal over several pending cases will decide if casino operators shall be liable for the repayment of the funds on deposit with gaming promoters.

Currently, at least eight cases involving have been decided by the Court Second Instance Court and in all these appeals but one, casino operators were considered jointly and severally liable with the gaming promoters to return the funds on deposit at VIP rooms, with a final decision by the TUI to clear the waters on the matter.

Vilela analysed the most mediatic of such cases, when in 2015, Dore Entertainment Limited, one of the largest gaming promoters in Macau, allegedly saw the manager of one of its VIP rooms absconds with located at Wynn Macau.

After Dore’s refusal to repay the funds, several patrons went to court to see their request fulfilled, with one case involving a reimbursement request with default interests of HK$6 million in freely redeemable gaming chips on deposit demanding Dore as the recipient of the deposit and Wynn as jointly and severally liable for the activities carried on by gaming promoters inside its casinos.

A TSI decision later ruled that no factual elements showed whether the deposit had any connection with the gaming promotion activity and, consequently, decided in favor of Wynn’s motion, but an appeal is still pending with TUI.

‘The decision is crucial to the Macanese gaming ecosystem and the way it is structured. Whatever the decision may be, it will reshape forever the relationship between casino operators and gaming promoters, finally understanding that the latent financial risks could eventually outweigh the perceived profitability of the VIP gaming,’ Vilela adds.

The former legal advisor considers that an unfavourable decision landing liability in operator might cause an ‘unprecedented and materially adverse impact’ on the robustness that casino operators enjoy in Macau and ‘even imperil their existence’.

‘The worst-case scenario would be for gaming promoters, most of them incorporated as companies with the minimum registered share capital allowed by law and with no significant assets or no assets at all in Macau or elsewhere, to file for bankruptcy (if they do not have the means to, or do not want to, repay the amounts in custody), leaving to the casino operators the honoring of their obligations,’

The legal advisor argues that casino operators will have to weigh the pros and cons of permitting gaming promoters to operate an independent cage and will also have to be firmer in the enforcement of oversight, imposing minimum internal control rules or
compliance policies for gaming promoters to observe at the cage operations.

They will also have to be more specific in drafting the gaming promotion contracts, namely, to include indemnity clauses against illegal activities, and require specific types of guarantees to be provided or mandatory provisions, in cash.

Vilela also noted that some of the supervision of such financial activities would also fall under the Macau Monetary Authority (AMCM) purview, however, and underlined that’s of today no public record exists of any action taken by AMCM in this regard against gaming promoters.

‘Macau’s authorities’ traditionally passive role of ‘laisser faire, laisser passer’ is undoubtedly not the right track […] primary concern the long-awaited deep-dive review of the legal and regulatory framework of the gaming promotion activity, in particular, concerning the do’s and don’ts in the gaming promotion operations’

In an interview with Macau Business before leaving his post, former Gaming Inspection and Co-ordination Bureau (DICJ) Director, Paulo Martins Chan, said that “new legislation [to be enacted] about junket promoters includes a specific type of criminal offense to handle the illegal raising of funds by junkets.

At the time Chan also underlined the importance of the TUI decision for the whole gaming operator/junket ecosystem future.

April 11, 2021
Irish prime minister Micheal Martin warned against a "spiral back" into sectarian conflict in Northern...