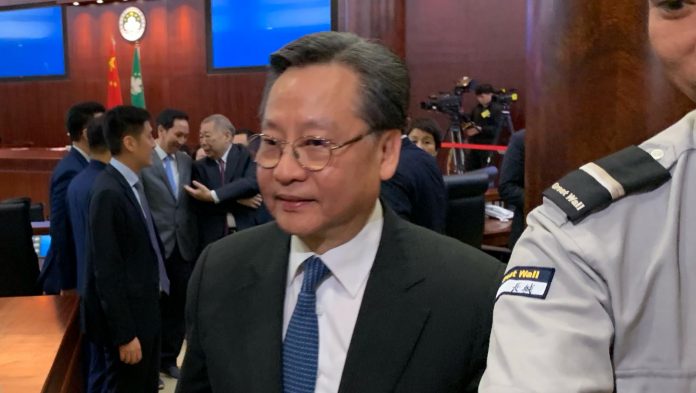 Incumbent president of the Legislative Assembly (AL) Kou Hoi In has been reelected on Saturday as the businessman-cum-lawmaker secured 32 votes from the 33 newly sworn-in in legislators.

The election took place in the first plenary session of the new legislative term initially chaired by Chan Chak Mo, which was held after the swearing in ceremony.

In a short speech after the vote counting, Kou Hoi in thanked the legislators for the support and confidence and pledged to further his work as Al president building on the work previously done, in close dialogue with all AL members and the Government to fulfill the legislature’s monitoring role, in accordance with the Basic Law.

Kou Hoi In became the head of the SAR’s Legislative Assembly in July 2019, when he replaced Ho Iat Seng who was then running for Chief Executive.

Mr Kou is an indirectly elected legislator since 1991, being the most veteran AL member.