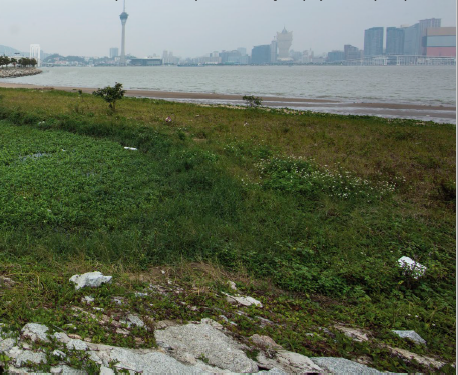 The upcoming land auction – the first here in more than a decade – is expected to draw bidders from Macau and beyond. However the impact on home prices could be limited, should the government roll out land parcels for tender on a regular basis with a concrete timetable.


The wait seems to be finally over. Following the last land auction in 2008, the government has decided to relaunch this practice, which is believed to be able to attract investors from the territory and beyond albeit the Covid-19 turmoil. But any misstep in the process might send a wrong signal to the market in spiking the home price, observers remark.
The recently released Policy Address for 2022 states the authorities would “start choosing appropriate land plots for public tender in the future” and make plans about the land plots for private housing in accordance with the needs of the society. Chief Executive Ho Iat Seng later gave a clearer timeline and said: “Some land plots will be up for public auction either by the end of this year or early next year. We will choose some quality plots for auction to offset the budget deficit.”
It’s a slight change of tone from what he remarked on this April, when he revealed he was worried the land auction would boost the home price based on the experiences in nearby regions. But the city has indeed been embroiled in a public finance turmoil over the shrinking economic and gaming activities caused by the coronavirus outbreak in the past two years, with about MOP100 billion (US$12.5 billion) taken from the fiscal reserve to afford the government expenses.
And businessmen and developers have also pressed the authorities to grant new land concessions through public tender over the shortage of private housing supply. “The market has longed for new supply for a long time. The launch of land auction could inject new momentum into the real estate market,” says local developer William Kuan Vai Lam, adding the impact on the home price might be limited, though, due to the persistence of the current public health crisis.

The local home market has stayed put in recent times despite the fluctuations of the coronavirus outbreak. According to the Statistics and Census Service, the average price of residential transactions reached MOP104,141 a square metre in the third quarter of 2021, slightly down by 1.2 per cent from the previous quarter but almost unchanged from the same period a year earlier. The quarterly average home price has maintained at the level of above MOP100,000 a square metre since the last quarter of 2017.
On the other hand, the number of housing transactions totalled 4,840 in the first nine months of this year, also almost unchanged from 4,853 in the same period a year earlier. But the data only represented about 75 per cent of the pre-pandemic volume.
Mr Kuan adds the housing market only has room for further upward momentum should the government lift some of the property curbs, such as the special stamp duty of 5-10 per cent of the property value levied on homebuyers that own more than one flat.

In the perspective of Franco Liu, managing director of property consultancy Savills (Macau) Limited, the upcoming land auction is expected to draw an enthusiastic response from investors and developers albeit the Covid-19 pandemic due to three main reasons: there has not been any private land auction in the city for more than a decade; the limited land reserve local developers have at hands; and investors abroad have been interested in the local market.
“With the development of the Guangdong-Hong Kong-Macau Greater Bay Area in recent years, we have been approached by developers and investment funds from Hong Kong, Mainland China and abroad to look for land plots here,” Mr Liu says. “But we have told them before that there was no land for the private sector at the moment as the government had so far only used the land parcels it had recovered for public housing or other public usages.”

According to the Policy Address for next year, the authorities have declared to repossess 718,000 square metres of land plots — which could boast tens of thousands of residential units — in the official dispatches, whose concessions have been invalidated in accordance to the Land Law as of 15 October 2021. Following the implementation of the new Land Law in 2014, the administration has strictly enforced the condition that private land concessions would be declared invalid over the incompletion of development on the site at the lapse of their 25-year concession period.
The government has so far successfully got back 51 land plots in a size of more than 484,000 square metres, and about 180,000 square metres of land resources have been planned or used for public housing, public recreational facilities and government facilities, the official document says.
With the new Land Law, it was almost impossible for investors and developers, particularly those from outside of Macau, to purchase existing private land plots from other private entities given the risks involved around the concessions, Mr Liu adds.

Since the establishment of the Macau SAR in December 1999, there have only been three land parcels awarded to the private sector through auction, one in 2004 and two plots in early 2008. Other parcels have just been directly granted to companies and organisations without tender in the past two decades, including those featuring mega resorts now.
As the 2014 Land Law clearly stipulates all new land concessions in the future must be awarded via tender except when public interests are involved, the administration has started preparation for land auction again for some time. A new by-law for the mechanism of granting land concessions via public tender was enforced in 2019, creating two types of tender: the simple tender, in which the concession will be awarded to the bidder with the highest-priced proposal, and the tender with development proposals, in which the authorities do not only evaluate the prices proposed by the bidders but also their development plans for the plot. An opening tender committee and a bid assessment committee, both to be composed by officials from public entities and government departments, will also be established each time to be in charge and oversee the tender process, the by-law states.

Gregory Ku Ka Ho, managing director of another property consultancy, Jones Lang LaSalle Macau (JLL Macau), expects the interested parties in the upcoming public tenders would mostly be local developers over the pandemic. “The internal and external factors of the city have changed after the pandemic with an uncertain prospect about the local gaming and tourism sectors,” he notes.
“There are still travel restrictions that will make it difficult for interested Hong Kong developers to carry out site inspections, while developers from the mainland have been more conservative in buying land in face of more oversight in their capital flow,” he says. “It’s not a particularly good timing to launch land auctions by the end of this year or early next year, and it is expected the impact on the housing market will be limited.”
Foreseeing the bidders will have “a more conservative approach” in bidding the plots, the managing director suggests the government could roll out some small-to-medium sized parcels for public tender in the beginning to test the water.

Legislator Leong Sun Iok emphasises the land plots the government will roll out for the public tender should comply with the city’s urban master plan, which the Chief Executive has said would be finally approved by the end of this year after years of preparation and consultation. “The authorities should also include different clauses in the public tender to avoid the soaring housing market and to ensure the private developments will be beneficial to the community,” he adds.
For Mr Liu of Savills Macau, the public tender will have limited impact on the housing market should the government roll out several plots in different sizes and in different locations for auction. “If there is only one parcel, all bidders will rush to fight for the plot and push up the bidding price, sending a wrong signal to the market that the home price will be on a hike,” he says, adding if the government only puts out one plot in the beginning, it should reassure the market with a clear timetable when more parcels will be up for bidding.

The key is to establish a mechanism of land sales on a regular basis for the public to clearly understand the future land supply and private housing supply, he notes. “One of the reasons for the drastic rise in home prices in the past 10 years and more [before the pandemic] is the shortage of housing supply while the public did not have a full grasp of what was in the pipeline,” he says.