The time when Las Vegas was the model is long gone. There are good things in Nevada casinos, but many other things simply don’t work here.

With the arrival of Las Vegas operators in Macau, the idea of a ‘Las Vegas model’ for gambling in Macau has become commonplace.

Macau should be inspired by Las Vegas, it was said.

“After the May 2004 opening of the first Vegas based casino (the Sands Casino) and its impressive results in mass market and high-end play business (that did not operate on Macau’s traditional gambling room model), the MSAR market generally believed that the Vegas casino resort model would become a strong instrumental force to alter the traditional gambling room practice to usher the MSAR casino industry into a new era”, wrote Ricardo Siu and Miao He, both from University of Macau, on “China’s Macau Transformed—Challenge and Development in the 21st Century” book.

Today it has been realized that this is not the model. And it was not because slot machines did not work in Macau, where people gamble very differently than in Nevada.

“I don’t think the model of Las Vegas is suitable for Macau,” stated out Edmund Li Sheng to Macau Business. “Or say, it is impossible for Macau to emulate Las Vegas.”

Professor Sheng lists some arguments: Macau is short of natural resources, the scarcity of land prevents Macau from building large scale entertainment projects, such as theme parks and has few natural landscapes, “which makes it difficult to develop sightseeing tourism.”

But from the prospective of push factors, “gambling is not the only and the best choice for American tourists, since they prefer outdoor activities. So outdoor sightseeing is popular in Las Vegas. However, gambling has great attraction for tourists who come from Mainland China. Not only do they like to gamble, but they tend to gamble at high price. In sum, due to the differences of their own conditions, as well as the differences of visitors’ preferences, the model of Las Vegas does not fit Macau,” wrote Professor Sheng from the Department of Government and Public Administration of the University of Macau.

In fact, more and more voices are warning that Macau should not fall in love with the ‘Las Vegas model’.

One of the loudest is by a colleague of Li Sheng at the University of Macau, Gu Xinhua.

Researchers Siu and He state also that “the long established gambling room business has mounted a strong resistance to change, which not only hampered the development of the Las Vegas casino model, but rather pushed the Vegas casinos to adopt the Macau model”, concluding: “these two models are even in conflict with each other under certain circumstances.” 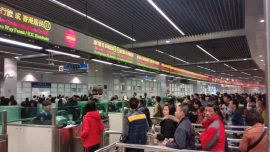 July 15, 2020
Advisory firm Union Gaming indicated that although the easing of cross-border restrictions for Macau and...