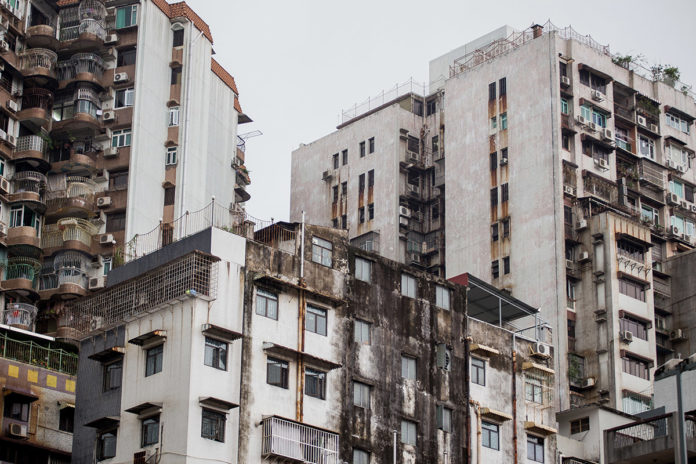 The President of the Macau Real Estate Management Association, Chan Tak Seng, remarked to MNA that two major elements – the respective law for urban renewal and the urban master plan – must be finished before the implementation of urban renewal and remarked that he foresees several difficulties during the process.

The CE-elected Ho Iat Seng pledged to initiate urban renewal projects at the Iao Hon area during his term of office and added that he wanted to “assist landlords to rebuild their buildings”, rather than purchasing ownership.

However, at the press conference held after being elected, Ho stated that he expected urban renewal to be one of the greatest challenges in his term of office.

The Macau SAR government has discussed urban renewal for several years and has already established a public urban renewal company. However, related legislation has not yet been produced.

Secretary for Transport and Public Works, Raimundo Arrais do Rosário, also recently indicated that a public consultation on the urban master plan will be initiated at the end of this year and therefore the urban renewal projects must be launched in the new government term.

Chan agreed that Ho’s words on urban renewal could reassure the public morale on housing and might reduce some difficulties and arguments during the redevelopment process.

“For example, the Sin Fong Garden case only had two commercial store owners who did not agree with reconstruction. Many politicians and business people had helped with the negotiation in the Sin Fong Garden and it took several years to reach the final agreements, […] thus, in the urban renewal cases the government should suggest reducing the proportion of owners and let the public have further discussions about it”, Chan stated.

Meanwhile, complementary regulations must be finished in order to solve the standstill if owners resist accepting a renewal project.

“The ownership of old buildings in Macau, especially in Iao Hon area, is very complicated. Some owners are not in Macau for many years, some owners might have a special bond with their homes – how do you solve this kind of issue? The law must consider various possible aspects during urban renewal progress”, he added.

“Urban renewal is not a mere renovation or reconstruction, it also includes the improvement of business and living areas, transport networks, underground spaces as well as the limitation of height, sunlight, ventilation, etc., […] How come there’s no communication with the urban planning committee? The urban renewal committee only has internal meetings and no one knows what they are discussing”, Chan stated.

Furthermore, Chan is worried there could be conflicts of interest during the urban renewal process.

In addition to that, Chan pointed out that if the government takes the majority of responsibility for urban renewal while increasingly launching public housing, private real estate developers might complain that their interests would be harmed and that the private housing market could be impacted.

Chan highlighted that the government must balance the interests of different parties in society, hoping that the CE-elected will conduct legislative works due to his experience in the Legislative Assembly (AL) and the National People’s Congress.