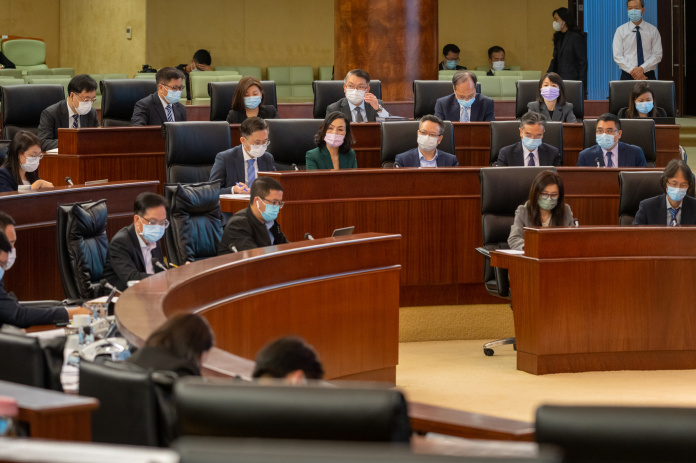 The Legislative Assembly approved the final Macau SAR Budget proposal for 2022, which again predicts an estimated gross gaming revenue of MOP130 billion (US$16.1 billion) and includes a MOP30.3 billion injection from the financial reserve to compensate for the decrease in public income.

When inquired about possible changes in the revenue foreseen by the executive when the budget proposal for next year was prepared, Secretary for the Economy and Finance, Lei Wai Nong, yesterday (Thursday) noted that revenue estimates were made based on forecasts and statistics from different services, but admitted the Government recognized that the economic situation in the SAR will continue to be affected by the pandemic.

Including a cash injection from the fiscal reserve, authorities estimate they will report revenues of MOP100 billion and MOP99.4 billion in expenses in 2022, with both seeing a 4.5 per cent increase from the previous year.

The local administration has also repeated the MOP130 billion estimate in gross gaming revenues for 2022, expecting some MOP45.5 billion in gaming taxes.

The Macau SAR has collected a total of MOP31.2 billion in gaming tax in 2021, or about 62 per cent of the total MOP50 billion authorities it had estimated for the year.

The administration had also predicted the year would end with a total of MOP130 billion in gross gaming revenue, however, after outbreaks in the SAR and the mainland continued to impact visitor numbers, combined with the continuing shrinking of the VIP market pool, total results reached MOP78.9 billion by November, some 60 per cent of what was expected.

Since the start of the pandemic, local authorities have repeatedly made adjustments to annual public budgets, recurring to some MOP100 billion from the vast local financial reserves to compensate for increased expenses in economic stimulus to counter the impact of the pandemic.