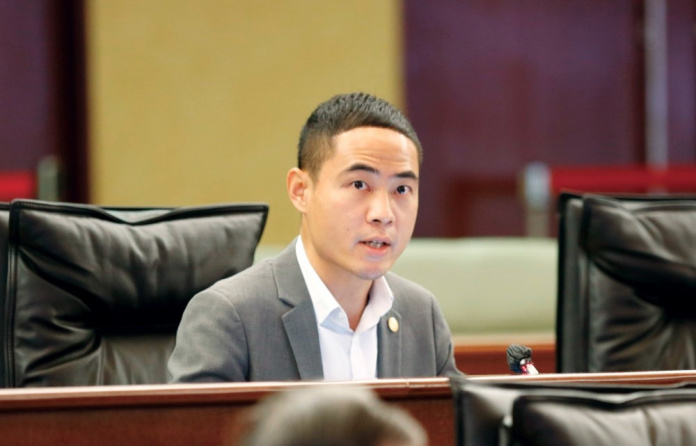 Although it is important to ensure the employment of local residents, the government should not take a simple and rough approach to solve the problem by directly cutting off non-local employees’ quota, the legislator said.

The Law on the Employment of Non-resident Workers stipulates that all hiring of non-residents is subject to approval by the Labour Affairs Bureau (DSAL), and employers are given a particular quota for hiring non-resident workers, while non-residents seeking employment in Macau need to secure a work permit before entering the SAR.

Lei stressed that the SAR government should prudently evaluate the actual human resource needs of local enterprises for non-local workers, adding that if the government keeps deducting the quota of non-local employees, some industries or small enterprises will encounter obstacles in operation which may further aggravate the problem of unemployment.

The legislator said that the policy direction of giving priority to local employment is correct, but the government needs to ensure the human resource supply of small, medium, and micro-enterprises.

Also, Lei suggested that the government should target the positions occupied by non-local employees in large enterprises, gaming concessionaires,financial industry, and branded retail as Macau residents are qualified to replace such positions, rather than cuttingthe grassroots workers’ quota of small, mediumand micro-enterprises.

Meanwhile, legislator Zheng Anting indicated to Exmoo news that in addition to the problem of turnover decline, local SMEs have also faced the problem of insufficient human resources, especially in the catering industry.

The partial lockdown in Macau has led to a significant income decrease ofnon-local workers as they were put on short-time working, and many non-local employees haschosen to resign, resulting in a gradual loss of labour force in the catering industry, the legislator noted.

A 12-day partial lockdown to control the spread of coronavirus was ordered by the SAR government from July 11 to July 22, during which all commercial and industrial business activities in the city were suspended except for those that maintain the normal operation of the society.