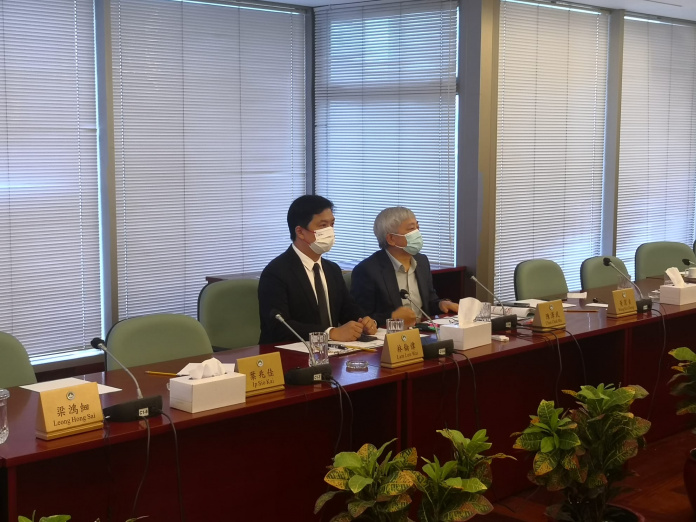 The Legislative Assembly standing committee evaluating the wording of a new draft bill that will regulate junket operators, their sub-agents, ‘satellite casinos’ managing entities and their relation to gaming concessionaires has completed the first reading of the draft, with a new version to now be provided by authorities’ legal advisors.

“The first round of discussions on the bill has been completed, and AL and government legal advisers will hold two technical meetings next week,” the committee head Chan Chak Mo, noted after today’s meeting.

Legislators hoped authorities clarify some details concerning authorised deposits and loans for gaming, especially with another gaming credit law on the cards to be submitted.

The Macau government has already indicated it will revise the existing gaming credit law enforced in 2004, which governs the granting of gaming credit by the city’s casino operators and gaming promoters.

The committee noted that while the draft bill under review proposes to prohibit gaming promoters and collaborators from collecting deposits, the current credit law and current practice do not expressly prohibit the collection of deposits by those same parties.

“The current law does not mention collaborators, while the current bill proposal doesn’t mention loans but prohibits collecting deposits, with a specific crime for that,” Chan noted.

According to Chan, the changes are set to avoid money laundering risks, and cross-border illegal transactions and allow a “healthy” development of the gaming sector.

In a previous session, legislators also stated they were concerned about the scope that the “duty of collaboration” included in the draft may assume in terms of the crime of disobedience and professional secrecy.

The proposal establishes that any person or entity has to collaborate with the Government and provide support, providing all the necessary documentation when requested, otherwise it will incur the crime of simple or qualified disobedience.

This duty of collaboration could lead, in compliance with the provisions of the proposal, to the breach of the duty of professional secrecy of some professions, with the committee questioning the Government to clarify the scope and scope of the wording of the article.

The article also led the President of the Macau Lawyers Association to express to TDM TV concerns that these powers would be akin to a “police state” and hoped the law details could be amended.

The new bill – broadly named ‘regulations for operating games of chance in casinos’ – will effectively replace the 2002 administrative regulations that governed the licensing and activities of gaming promoters, also known as junkets, and turn them into a new law.

The bill – revealed on March 31 – was proposed in tandem with the current amendment to the general gaming law already under the AL second standing committee evaluation stage and approved at the AL on April 20.