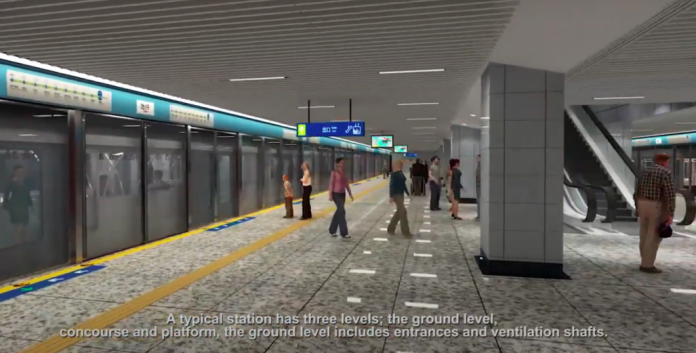 Secretary for Transport and Public Works Raimundo Arrais do Rosário said today (Monday) that the preliminary design of the Light Rapid Transit East Line has been completed in September and is currently under review.

The future LRT East Line will connect the Gongbei Border checkpoint and the Taipa Ferry terminal via an underwater tunnel connecting the reclaimed areas Zone A and E.

The project is expected to include six stations extended over 7.6 kilometres, with a maximum 15 minutes travel time expected.

Without providing an estimate Rosário only admitted that the East Line would likely be more expensive than the MOP10.2 billion Taipa line.

The Secretary made the comments after the ceremony to celebrate the 22nd anniversary of the establishment of the Macau SAR.

Meanwhile, following a repeat of the required public tender, local authorities have granted a MOP938.6 million (US$117 million) contract to China Road And Bridge Corporation for the construction of the Seac Pai Van Light Rapid Transit line, with preparatory works already ongoing.

According to information from the Infrastructure Development Office (GDI), the main construction is expected to be concluded in December, 2023.

As for the Hengqin LRT line, the main underwater tunnel-digging works for the line extension connect the Taipa Light Rapid Transit line are expected to be completed in early 2022.