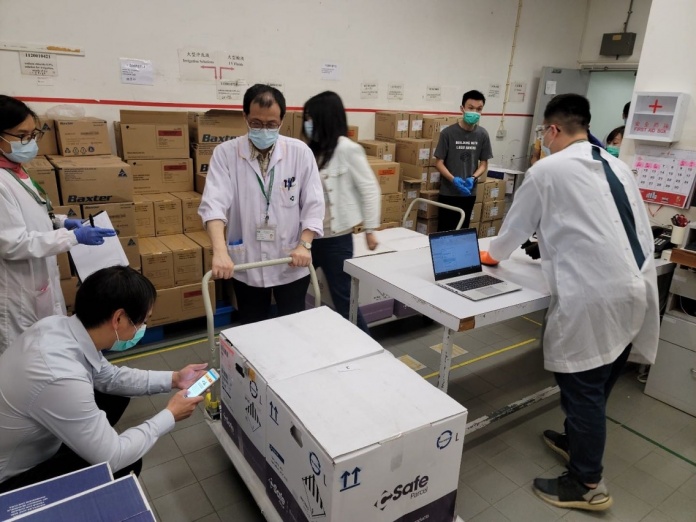 Health authorities have announced today (Friday) that vaccination with the BioNTech vaccines will resume on April 5, with residents who had made an appointment to be administered the mRNA vaccine before that date obliged to make a new appointment.

Residents in this situation will be notified by the Health Bureau to request a new appointment while residents that already had appointments for after 12:00 (noon) of April 5 to carry out their appointment as normal.

Hong Kong and Macau authorities suspended the use of the German-made vaccine last month when Fosun, its China distributor, informed authorities that some vial caps were defective.

According to the Health Bureau, a new batch of 19,500 doses of the mRNA vaccine produced by the German factory BioNTech arrived today at the Conde de São Januário Hospital via Germany and the Hong Kong International Airport.

After approval and verification, the scheduling of the mRNA vaccine will reopen at 12:00 noon on April 3 and vaccination will resume two days after.

“This batch, made available to Macau, was produced and packaged in a different German laboratory, having undergone repeated air pressure tests, before being transported, and no defect was found in the packaging similar to that found in the previous batch,” authorities informed.

“Upon arrival in Macau, the Health Bureau thawed some doses for detailed inspection and approval before use. The appeal to health professionals at the Health Services front line will be reinforced to rigorously check each vial of vaccine, before opening, in compliance with established procedures, to ensure that there are no abnormalities.”

Vaccination with the mRNA vaccine produced by BioNTech/Fosun Pharma was initiated in Macau on March 5 and with doses administered to 6,215 people, and 5,393 vaccination appointments suspended until a new date was announced.

Previously health authorities had indicated no issues had been found in the first 100,000 BioNTech dose batch sent to Macau, but that in order for vaccination to resume an emergency batch could be provided.

According to the SS, the Fosun/BioNTech investigation concluded that the defects – only encountered in vials in Hong Kong – have occurred during the packaging of the vaccine.

“The crimping of the metal ring had a failure that did not ensure or effectively guarantee the integrity of the vaccine bottle in packaging. The risk of bacterial infection is quite low when vaccines are stored at an ultra-low temperature,” health authorities defended.

Therefore no evidence that the vaccines made available to Macau have a safety risk or that the doses administered in the SAR were not effective was found.

All vaccination posts are available during the public Easter and Ching Ming holidays with staff adjusted according to the number of appointments.

The resumption of the local vaccination plan followed the framework and date enforced in Hong Kong.