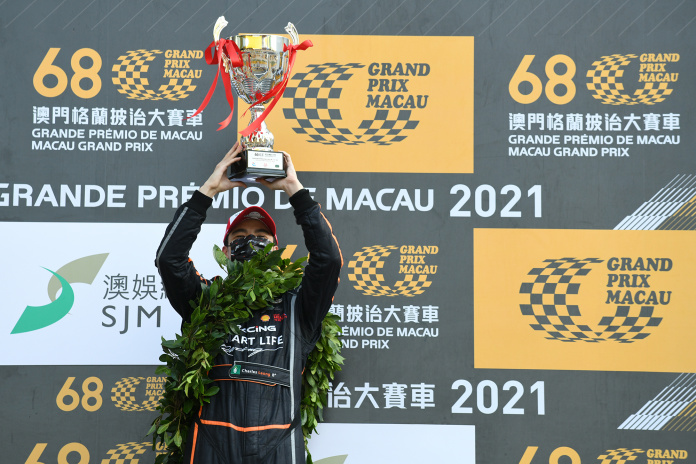 Last year the 20-year old led a historic 1-2 finish for the lotus city in the first-ever Formula 4 Macau Grand Prix and became only the second local driver to win a single-seat competition the Macau Grand Prix, after André Couto.

Despite an initial fumble that saw him drop to third fellow Macau driver Andy Chang Wing Chung recovered to complete a replica of last year’s 1-2 podium for the home side, with Chinese driver Li Si Cheng snatching third.