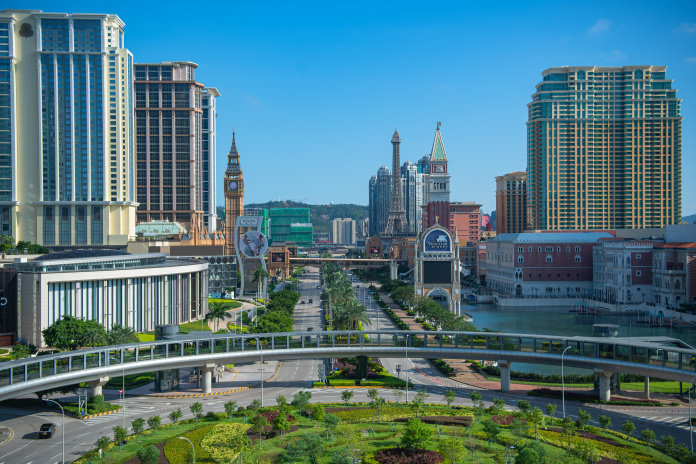 The Macau SAR tourism market could see a recovery similar to what has been reported in Las Vegas after it removes travel restrictions, considering the existing pent-up demand, gaming and aviation sector representatives noted.

The France Macau Chamber of Commerce (FMCC) today held a webinar, which included as its panellists Andrew Klebanow, co-founder and senior partner of C3 Gaming, and Celia Lao General Manager of Greater China for Air Asia, with the webinar moderated by Mary Mendoza, Managing Director of The Platinum and head of the FMCC GBA Tourism & Leisure Committee.

Total gross gaming revenues generated by the Macau SAR sector this month have remained at only about MOP200 million (US$24.8 million), greatly impacted by the recent community outbreak in the city and a 12-day casino operation suspension.

In May of this year, gaming win reported by Vegas operators hit US$1.3 billion, up 5.71 per cent year-on-year, representing also the 15th month in a row with a gaming win surpassing US$1 billion according to the Nevada Gaming Control Board.

At the same time, gaming win this May surpassed pre-pandemic levels, with gaming revenues in the region not just breaking state records but nationwide records.

Klebanow pointed out that after Nevada Governor Steve Sisolak ordered the lifting of all statewide restrictions except face coverings on June 1, 2021, it was as if “somebody had turned a switch”.

“Tourism rebounded, and I’m not talking about a slow predictable pace but literally, overnight business returned,” he noted.

Further variants also did not caused a dent to tourism levels, with Las Vegas casinos, aside from some pandemic prevention requirements such as temperature checks upon entrance and reduction in gaming capacity, basically enforcing a “don’t change nothing” attitude to “get back to normal as soon as possible’

Plane movements at the Las Vegas Harry Reid airport also gradually recovered until it reported its third busiest month ever in May 2022, while hotel occupancy recovered almost immediately and currently standing at some 80 per cent.

“Once vaccines started to become widely available in March 2021 people felt very comfortable going out again and there was this pent-up demand for entertainment, to just get out of the house or get out of town to a casino and to escape,” he noted.

“I think that’s what you can expect to see in Macau, there’s going to be a huge amount of pent-up demand. I can’t tell you when it’s going to start but it’s going to come. When casinos opened up, customers returned all at once, not just in Las Vegas but in all gaming jurisdictions.

At the same, time Celia Lao noted that Air Asia already had everything in place for an immediate reinstatement of the existing pre-pandemic air connections to Macau as soon as restrictions were eased.

“Some of the cities and countries in the region Singapore, Malaysia, and Thailand have already opened up with some pandemic policies since last year, and then without restrictions since April this year. It’s a process but we are preparing. We already have experience with Southeast Asian countries, and we’ve resumed flights for Hong Kong already, right next door.”

The Air Asia representative also noted that the aviation group maintained discussions with Macau aviation authorities to prepare the offerings that will be resumed when restrictions are lifted.

We can look at the routes we resumed in Hong Kong, we resumed three routes from Kuala Lumpur, Bangkok, and Manila to Hong Kong. These are key routes we can see going back to Macau as well,” Lao indicated.

However, Klebanow warned that one of the biggest changes the SAR will face will be to replenish its contracting expatriate talent pool, following the last two years of pandemic restrictions.

“It will probably be your biggest problem, expatriates went home and are very reluctant to return. I have colleagues who worked in Macau for 15 years, comeback last year and said they’re done,” he noted.

“You will struggle to get those people to come back. My suggestion is to start devising a plan for this and study what will take to get those employees back in a hurry when business gets back”

When asked about the tightening control by central and local authorities over the Macau gaming sector, either by increased oversight of capital flows out of the country or the new gaming amendment, Klebanow pointed out that gaming remained one of the main draws the city had to offer

“I understand the pressure by the central government to reposition Macau into a greater entertainment destination but I also understand that Macau is the only place within the PRC where one can go and gamble, that’s a pretty alluring position to have in the market,” he stated.

“Yes casino and gaming operators will be changing their amenities, adding rooms, adding entertainment, and adding a variety of non-gaming amenities to broaden their appeal, but you can’t deny the fact that Macau has one unique attribute that no other city in China has”

As for the reduction in income to operate by the vanishing prominence of junket operators in the Macau market, the gaming consultant noted that although “certainly a large loss, the premium mass will allow better profit margins for concessionaires.

US to increase gas exports to UK

‘Call of Duty’ to be released on Nintendo Switch, Microsoft says

December 7, 2022
Lebanon has arrested 185 people suspected of collaborating with enemy state Israel since its economic... 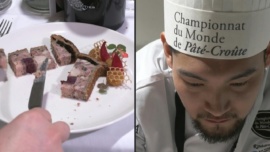 December 7, 2022
The EU on Wednesday escalated disputes with China to the WTO, requesting panels be assembled...
Load more