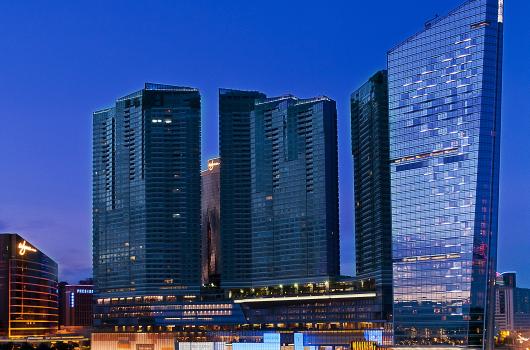 Listed on the London Stock Exchange, MPO is managed by Sniper Capital Limited, an Asia-based property investment manager, whose current portfolio comprises
prime residential assets in Macau valued at US$311.1 million (MOP2.5 billion) by June 30, a 7.7 per cent year-on-year drop

Listed on the London Stock Exchange, MPO is managed by Sniper Capital Limited, an Asia-based property investment manager, whose current portfolio comprises
prime residential assets in Macau valued at US$311.1 million (MOP2.5 billion) by June 30, a 7.7 per cent year-on-year drop.

Sniper Capital is currently looking to divest MPO’s remaining portfolio assets and return capital to shareholders ‘as soon as possible’, but with the process delayed by ‘current market conditions’.

According to MPO’s Chairman, the drop in the company’s portfolio value was mainly caused by the slowing down of the local VIP gaming market, in conjunction with property speculation cooling measures in Macau and tighter capital controls in China, which have contributed to fewer high-end property transactions.

MPO also considered that ongoing unrest in Hong Kong may have a temporary negative impact on Macau’s economy and property market.

The MPO Chairman also noted that real risks remain that the US-China trade dispute will continue to affect investor sentiment and that the VIP gaming market could decline further, with a further contraction in GDP.

Macau’s economic growth slowed in the second half of 2018, and in the first half of 2019 GDP contracted 2.5 per cent year-on-year in real terms, ending an uptrend that had lasted for 10 consecutive quarters.

Meanwhile, local gross gaming revenues declined by some 0.5 per cent year-on-year to US$18.5 billion in the first half of this year, with mass-market GGR surging 17.3 per cent and overtaking the VIP sector in market share, with this sector having dropped by 14.5 per cent.

‘However, Macau has shown remarkable resilience in the past, and if the trade dispute eases and lower interest rates drive investment returns, coupled with the recognition of the relative value of Macau real estate, investor demand could return rapidly,’ he added.

Mr. Huntley also believed that the change in government could lead to ‘more supportive policies that could also reignite a stalled market’.

Ho Iat Seng is set to officially replace Fernando Chui Sai On as Chief Executive on December 20 of this year.

According to MPO, the residential property market continues to be dominated by first-time buyers seeking homes priced under MOP8 million, who accounted for more than 83 per cent of all transactions in the first half of 2019. The secondary market for high-end properties – where MPO operates – remains ‘subdued’.

Concerning these factors, MPO was said to remain confident that Sniper Capital can ‘complete the divestment process’, with the company ‘carefully conserving’ its resources by continuing proactively lowering its cost base ‘wherever possible’.

‘We are in ongoing dialogue with multiple parties seeking prime real estate assets in Macau and the Greater Bay Area. Although it is too early to determine what the outcome to these negotiations will be, we are working towards the Board’s objective of achieving a substantial divestment of MPO’s remaining assets at acceptable prices by the end of 2020,’ the company noted.

Some of the changes to its portfolio included the conversion of larger units at its The Fountainside property into smaller, more affordable apartments less affected by cooling measures and mortgage threshold restrictions.

MPO also stated that at The Waterside, tenancy levels have been managed well amid shifting demand and the Tower retains its position as one of Macau’s premier addresses, while Estrada da Penha continues to attract viewings by prospective investors.

As of 30 June 2019, MPO’s balance sheet held total assets worth US$296.5 million, offsetting combined liabilities of US$165.4 million, with the company having ended the financial year with a consolidated cash balance (including deposits with lenders) of US$28.8 million.

The consolidated cash balance was aided by the utilisation of a portion of sales proceeds from the Company’s retail redevelopment site, Senado Square, which was divested in early 2018.

In April, Sniper Capital confirmed to MNA that its HK$800 million Senado Square project had been bought by Ardent Success Limited and City Universe Limited

MPO also noted that during the financial year, it successfully extended a US$9.0 million credit facility for Estrada da Penha to mature in June 2021 on improved
terms, representing approximately 50 per cent of the total debt held against the asset.

The group also secured a further improvement in its debt profile by negotiating a reduction in borrowing costs for The Waterside and One Central Residence individual units loan facility.

May 24, 2022
Home rental service Airbnb is shutting down its business in China as a pandemic lockdown...

May 24, 2022
The United States said Monday it was looking for ways to represent the people of...
Load more