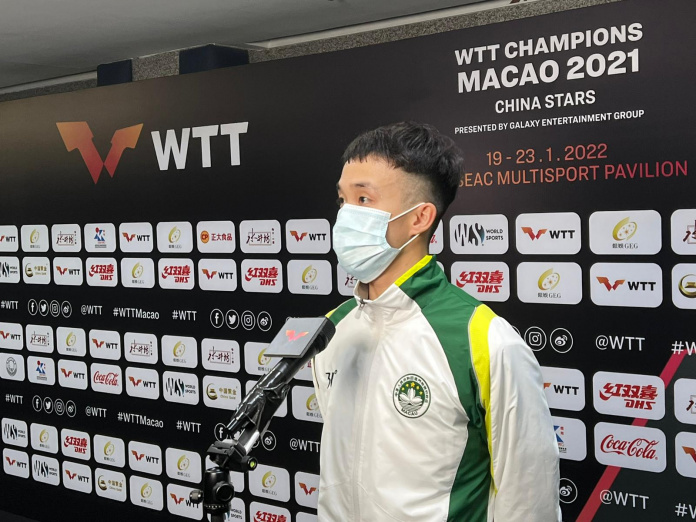 As the first local player participating in the WTT Macao series, Cheong stated he “really enjoyed the atmosphere of WTT Macao 2021” as larger tournament than others he had participated in before.

“It was a great opportunity to compete with Fan Zhendong and I really enjoyed the match. Due to the pandemic, many opportunities were lost. Participating in WTT Macau for the first time, I felt a bit nervous, but it went better after a while.”

WTT was founded as the commercial and events company of the International Table Tennis Federation (ITTF).

The first event held since its inception, WTT Macao 2020, obtained the support and recognition of the ITTF, which allowed for more major international table tennis events to be held in Macau.

“The Chinese team trained in Macau in March 2020. WTT also had its first showcase in Macau last year where we deeply felt the passion and support of the local crowd for table tennis,” Ma Long -widely regarded as the greatest table tennis player of all time- said in a previous press conference.

On the last day (January 23), the semifinals and finals of the men’s and women’s singles will take place.