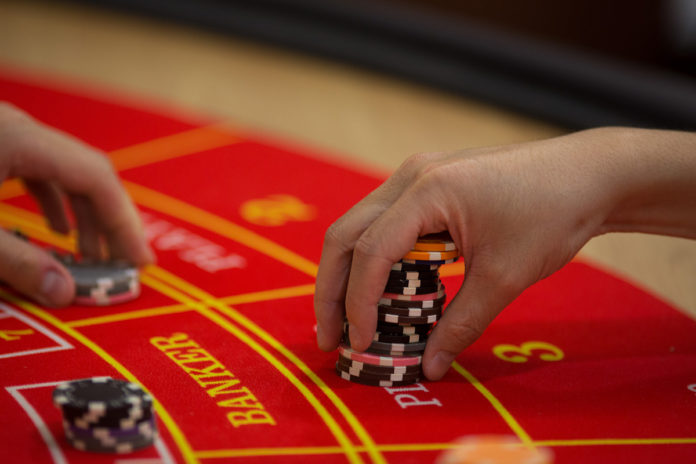 Police authorities have arrested a 42-year-old local woman suspected of using her employment position in a local VIP room to steal almost MOP100 million (US$12.4 million) in deposits from 70 patrons.

According to the Judiciary Police (PJ), a local men and a local women, aged 32 and 44 respectively, alerted authorities that they suspected a VIP club operator had withdrawn more than MOP9 million in deposits belonging to them.

“On September 10, PJ received a report from a local woman who said that in March 2021, she and her partner signed a partnership agreement with a casino VIP club in Cotai, under which the VIP club provided her with a venue to run VIP business and she contributed HK$5 million to her partner for the daily operating capital,” PJ told Macau News Agency

During the investigation, a local man reported on September 12 that another local woman surnamed Tong had lured him into depositing HK$3.6 million into the above VIP business by offering a 1 per cent daily return on his investment, but afterwards, he was unable to get back the deposit and the interest.

After investigation, the police identified Tong as a suspect of using her position to withdraw deposits from more than 70 other customers, most of who were mainland residents.

The PJ also found that the above VIP business did not operate with the status of gaming intermediary or intermediary partner.

‘During the management of the VIP business, the above-mentioned partner gave instructions to the staff of the account room to authorize the withdrawal of money by Tong on several occasions, involving more than 70 clients and a total amount of approximately HK$83 million,’ police authorities added.

On September 14, Tong came to PJ accompanied by her lawyer for questioning and admitted that she had been instructed by the above-mentioned partner to transfer the money.

Still, police authorities believed there was enough evidence to transfer her to the Public Prosecutions Office on the charge of fraud of a considerable amount. Police authorities are also still attempting to trace the whereabouts of the other persons involved and the stolen money.

The Macau SAR government has expressed intentions to use a new gaming law – launched for public consultation today – to increase junket regulation and supervision and regulation over investor deposits in junket rooms.

Similar robbery cases have been reported in local VIP rooms over the years with the issue of the liability held by gaming operators over junket deposits operators in casino VIP rooms remaining undefined but of crucial importance for the sector.

However, over the years, some gaming promoters will engage in deposit-taking activities, with some junkets distributing high-interest rates in an attempt to raise funds for the extension of credit for gaming.

The public consultation document also proposes to include in the gaming law penalties against accepting cash or other deposits illegally, and if violations are made by VIP junkets, the gaming concessionaires should bear the corresponding legal responsibility.

The document clearly defines the criminal liability and administrative penalty system with authorities adding criminal responsibility for illegally accepting cash or other deposits, suggesting offenders could face a sentence of up to five years in prison or they could be fined.