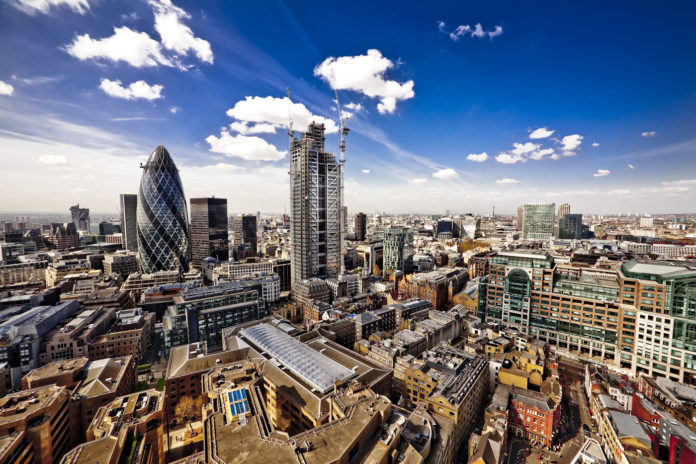 The lower value of the pound sterling and stable long-term returns, together with London’s strong status as a cultural and financial world centre, are some of the reasons that the city is attracting more real estate investment from Greater China, real estate experts told Business Daily

Instead of scaring away potential purchasers, Brexit has led to a rush of investors from mainland China, Hong Kong and Macau into real estate in London, moved by drops in the value of the pound sterling and the unchangeable cultural and financial appeal the city maintains, real estate experts told Business Daily.
The United Kingdom government is currently negotiating its withdrawal from the European Union (EU) after a referendum on the issue held in June of last year saw 51.9 per cent of voters in favour of the country’s exit.
“After the vote, we saw the quarterly number of Chinese buyer inquiries approximately double. We had buyers calling selling agents in London and asking to be given the chance to take up at a discount any transactions that had fallen through due to a local buyer getting Brexit-related cold feet,” stated Carrie Law, CEO of Chinese real estate website Juwai.
According to data provided to Business Daily by real estate consultancy firm Sniper Capital Limited, in 2016, investors from mainland China and Hong Kong represented 25 per cent of total central London transaction volumes, purchasing around 3.15 billion pounds (MOP33.31 billion/US$4.14 billion) worth of central London commercial assets. These numbers made Chinese investors the second biggest investors in London’s commercial real estate after U.S. investors. This same investor group represented just 1 per cent of that investment in 2006.
Meanwhile, Juwai stated that according to its surveys, London topped it’s top-five list of UK cities that sparked more interest from Chinese investors, with the remaining places on the ranking held by Manchester, York, Cambridge and Sheffield.

Safe long-term
According to the Juwai CEO, the fall in the value of the British currency after the Brexit vote – when in August it reached its lowest level in eight years – encouraged Chinese investors to invest in the UK capital.
“The pound is not today at its lowest point, but it is still far below the exchange rate that prevailed on the day before the Brexit referendum. This has created what many Greater China investors consider to be a buying opportunity,” she added.
The same argument was reflected by Martin Tacon, Principal of Sniper Capital, who told Business Daily that “uncertainties created by Brexit combined with the softening of the pound sterling against the U.S. dollar” provided investors from mainland China and Hong Kong with a golden opportunity to invest in London real estate for a discounted price.
“Many have been motivated to move quickly because they perceive the depreciation to be temporary,” he added.
Real estate experts also considered that Chinese investors still see London and New York as the two worldwide markets with the best long-term investment potential – being two re-nowned financial hubs – while London is leading at the moment.
According to Mr. Tacon, with fundamental drivers for real estate market selection being a transparent and robust legal and tax system, together with “hundreds of years of historical data against which to benchmark real estate property value”, the fundamentals of the London market were “very solid”.
“London also benefits from a broad base of corporate demand across all sectors. All of these factors give investors a certain level of confidence that they will see a stable return over the long term,” he added.

A family investment
In September of this year, news agency Bloomberg reported that Angela Leong, a local legislator and Executive Director of Macau gaming operator Sociedade de Jogos de Macau, S.A. (SJM) had purchased Aldwych House, a 16,200 square-metre building near Covent Garden, from Rowan Asset Management and GI Partners LLC, for 250 million pounds.
Business Daily attempted to confirm with Ms. Leong if the investment had indeed been formalized, but had not received a response by the time this went to print. According to Kwan-Yee Tam, responsible for Corporate Finance and Investor Relations of Hong Kong property development and media group Lai Sun Group, the majority of interest in real estate investment in the centre of London has actually come from “private family names more than institutions or funds”, an interest also noted with other real estate sources.
“When looking to establish a global investment portfolio, most wealthy Asian families are attracted to prime London commercial real estate. Adding to that is the strong legacy that the decision-making class in Hong Kong has with the UK. Many of these investors are educated in the UK and have a strong attachment to London,” Mr. Tacon told Business Daily.
The real estate consultancy expert considered that these buyers “may be planning for their children’s education, looking at legacy planning or retirement and, hence, taking the opportunity of a dip in values to enter the market,” he stated.
Information from Juwai revealed that 16 per cent of Chinese buyers stated education as one of their main drivers for buying real estate in the country.
“Brexit hasn’t caused Greater China buyers to lose confidence in London’s long-term prospects. Chinese are big believers in London and UK property investment. They tend to believe it will also be a world capital, an appealing place to live, and a centre for prestigious educational institutions,” the Juwai CEO added.

Location, location, location
Asian investors in London commercial properties are “typically very location sensitive” with their primary focus being two core prime areas: the City of London – known as the UK’s traditional financial centre – and the city’s West End, where the traditional retail shopping district and high-end residential districts are located. The West End area now houses many top-tier commercial investment properties catering to financial operations, fund management, family offices and other high-end tenants.
“Some investors have more recently, in search of higher yields, started to look outside these two core areas [to those] such as Canary Wharf and developments in Nine Elms and Battersea as well as the Northern Powerhouse,” the Principal of Sniper Capital Limited told Business Daily.
Currently the Lai Sun Group owns three properties in London’s financial district, in Leadenhall Street and another at Queen Street, with a total of 36,957 square metres in gross floor area that provided the group with HK$136.3 million (US$17.47 million) in office rental for the financial year ending July 31.
Despite rental income from its London properties having decreased by 9 per cent yearly from the previous year due to ‘lower contributions’ caused by Brexit, Mr. Kwan told Business Daily that investments in London “provided great long-term returns”.
“Our properties are all adjacent to each other, so they have a large redevelopment potential. In fact we’re in the process of applying to redevelop them all together, which could triple the amount of floor space and the price for square foot on rental,” he told Business Daily.
Mr. Kwan added that, with the group lease lasting until 2023, there was “plenty of time” to assess the redevelopment option and that “even if nothing is done, there’s going to be positive cash generated”.
Although he agreed that after Brexit several banks were looking to relocate their staff from their London offices back to their respective home countries, such as the Netherlands and Germany, he believed that “as a city, London is very hard to replicate”.
The Lai Sun Group representative stated that the return of interest by Chinese groups could already be seen in the area near Leadenhall Street, with the commercial skyscraper Leadenhall Building – known as the Cheesegrater – having been bought in March of this year for 1.15 billion pounds by Hong Kong-listed company CC Land, the second-largest sale ever for a UK building.
Meanwhile “just diagonally opposite” from the Lai Sun Group property, there is the headquarters of British insurance company Lloyd’s, which was sold to Chinese insurance company Ping An for 260 million pounds.

Market dangers and future
When asked about the risks of real estate investment in London, experts told Business Daily that the city’s market continued to experience low property vacancies, with its rigorous planning process limiting potential new supply to prime London areas.
“Without a doubt, there are some uncertainties in the London market as the Brexit consequences have yet to play out. Although there have been an array of positive moves from financial institutions, a large number are still wary about potentially having to move employees and offices to provide their services across the EU,” Mr. Tacon considers.
However, the real estate consultant believes the risk of London losing a large numbers of jobs to other EU cities has been “significantly overplayed”, with the short-term outlook for the market being more connected to its “late cycle characteristics” than the changes that “may or may not occur due to Britain leaving the EU come 2019”.
Meanwhile, Ms. Law expects longºterm Chinese investment in the UK, to reach “high investment flows, similar to recent years, for the foreseeable future”.
“There will be years that are bigger and those that are smaller, but the underlying trend will remain,” she told Business Daily.
To justify the expected increase in investment, the Juwai CEO reiterated Chinese President Xi Jinping’s statement at the World Economic Forum in Davos this year that Chinese outbound investment will total US$750 million over the next five years.
“That averages out at about US$150 million (MOP6.02 billion) per year, which is roughly equal to the level in 2016, the largest year on record,” she added.